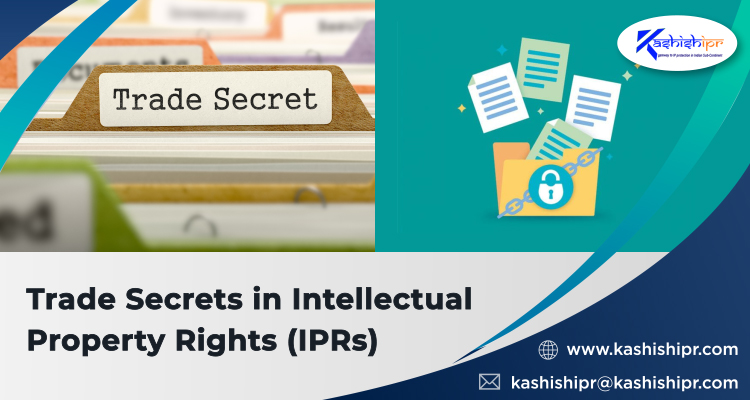 In today’s highly competitive working environment, almost every other individual knows what Intellectual Property (IP) is and that the protection of IP assets is a matter of paramount importance. Patents, copyright, and trademarks have been the most widely recognized forms of IP to date; however, there are other forms as well, including geographical indications and industrial designs, which have been gaining attention in the past few decades. A still-new form of IP that has gained recognition in the past two decades is trade secrets, which we shall be discussing here in this blog.

In simple terms, trade secrets are Intellectual Property Rights (IPRs) granted on confidential or sensitive info, which may be licensed or sold.

The North American Free Trade Agreement defines a trade secret as “Information having commercial value, which is not in the public domain, and for which reasonable steps have been taken to maintain its secrecy.”

The Uniform Trade Secrets Act (UTSA), 1970 also provides the definition of trade secrets, which is:

“Information, including a formula, pattern, compilation, program device, method, technique, or process that:

After going through all the definitions mentioned above, we can say a trade secret refers to any piece of info or data relating to a brand or business that is generally not known to the public at large and for which its owner puts in a sincere effort to maintain its confidentiality. A trade secret gives a competitive edge to brands and businesses over their rivals in the industry. Kindly note that:

Almost every type of info, process, or data can be referred to as a trade secret only if it is intended to be kept secret and involves the economic interest of the owner.

For any info to qualify as a trade secret, it must, in general, be:

*Any unauthorized disclosure, use, or acquisition of a trade secret in a way contrary to honest commercial practices by others is deemed as an exceedingly unfair practice and an infringement of Trade Secret Protection.

Information Protected by a Trade Secret

Generally, any confidential piece of business info that provides a competitive edge to a company or firm and isn’t known to others may be safeguarded as a trade secret.

Additionally, a trade secret may consist of a combination of elements, every element of which by itself lies in the public domain, but where the entire combination kept as secret provides a competitive edge in the industry.

Other pieces of info that may obtain trade secret protection include formulas, recipes, financial info, and source codes.

Protection Offered by a Trade Secret

Although the final decision of whether or not a trade secret is infringed upon varies from one case to another, unfair practices concerning confidential info usually include breach of contract, industrial or commercial espionage, and breach of confidence.

It is essential to note that the owner of a trade secret can’t stop others from using the same commercial or technical info in the scenario where they acquire or develop the said info independently through R&D, marketing analysis, reverse engineering, etc. Furthermore, since trade secrets aren’t disclosed publicly, they do not provide ‘defensive protection’ for being prior art, which exists in the case of patents. For instance, let us assume that there is a particular method for producing a product ‘A’ that has been protected by a trade secret. Now, some other person can obtain patent or utility model protection on the same invention only if he arrived at that invention independently.

Business companies and firms should take the following preventive measures for safeguarding their trade secrets against misappropriation or theft: