Trade Secrets over Patents? What is the Right Choice for You? 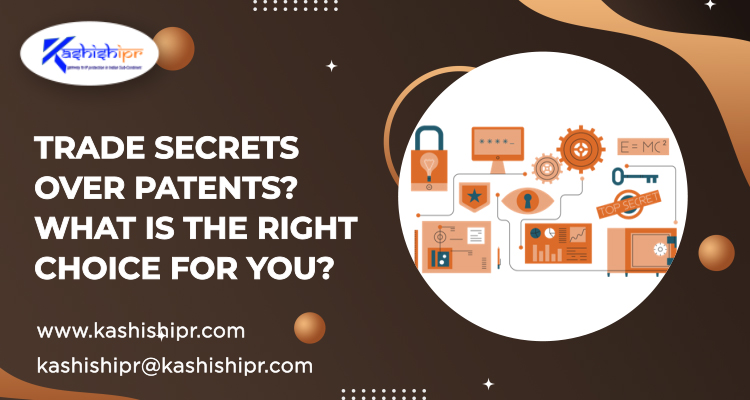 When we talk about safeguarding some specific piece of information that adds to the commercial value of the goods, two obvious options come to our minds. The first is trade secrets, and the second is patents. The choice between the two options widely depends on the type of enterprise, the nature of operations undertaken by such an enterprise, and the value of the subject matter to be protected.

A trade secret is a practice or process belonging to an entity, which is not made publicly known to anyone outside the entity. Such a piece of information is capable of adducing additional benefits to the company, which gives it an economic edge over its competitors in the like business. The trade secret in question is usually the product of intensive internal research and development. The three-prong test to qualify a secret as a trade secret is:

Trade secrets are usually protected through laws addressing unfair competition or sui generis laws. For example, the United States safeguards its trade secrets through the Economic Espionage Act of 1996 as well as through the Uniform Trade Secrets Act (USTA), which has been adopted by a majority of States. Another mode of protection could be through enforcement of the law against industrial or commercial espionage, breach of contract, and breach of confidence.

Let us consider a few examples of relevant trade secrets that several entities have secured successfully over the years.

Weighing the Advantages and Disadvantages of Trade Secrets

Choosing between Patents and Trade Secrets

There is a thin line between patents and trade secrets, and therefore, choosing between either of the two is a fundamental decision for all entities alike. The USPTO views that trade secret protection is an alternative to Patent Protection. To draw a sharp contrast between the two, let’s look at them closely:

The question of choosing either of the two mechanisms was discussed in the case of Kewanee Oil Co. vs. Bicron Corp., where it examined the question under three different categories.

In the first instance, the proprietor has to make a balanced and informed choice. In the second instance, the proprietor should opt for a trade secret since the Patent Law would be inapplicable. For the last category, the court held that “eliminating trade secret law for the doubtfully patentable invention has deleterious effects on society“ and thus, presents no conflict with patent law. Therefore, trade secrets could pose to be a better solution since society would be at a loss if the same is not made available to the public only because patent law does not permit it. 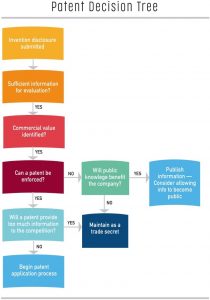 Although the choice between trade secrets and patents depends on the entity seeking such protection; however, before opting for trade secret protection, the entity should take into consideration the following: