Traditional Knowledge and Conservation of Biodiversity 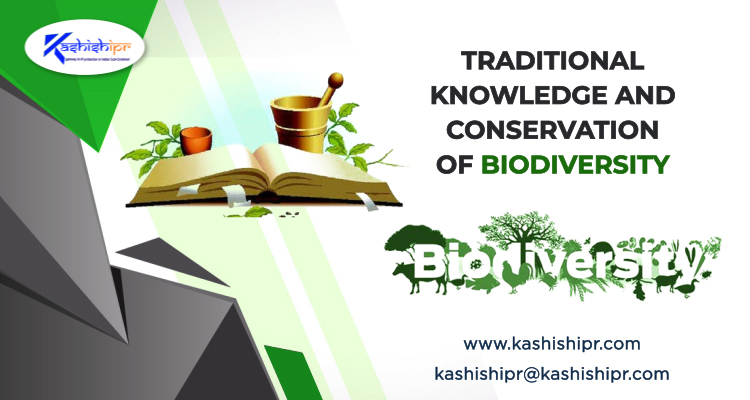 The sustainable protection of biodiversity, including natural resources like forests, water, and agro-ecosystems, is recognized as a vital subject matter attracting the provisions of protection through the means of ‘Traditional Knowledge.’ Traditional knowledge plays a significant role in the preservation of biodiversity and the face of contemporary challenges of eroding resources and declining ecosystem service due to constant fear and threat from unprecedented growth and consumerism.

Biodiversity is a collective lineage that subsists as a result of years of evolutionary processes. It is generally defined as “the variability among living organisms from all sources including, among other things, terrestrial, marine and other aquatic ecosystems, and the ecological complexes of which they are a part; this includes diversity within species, between species and of ecosystems.” Therefore, it can be classified as genetic diversity (diversity within the species), species diversity (diversity at species level), and ecosystem diversity. It is inclusive of both managed and unmanaged ecosystems. The sustainability and conservation of biodiversity have recently gathered much greater momentum since diversity is essential to sustain the life of both human beings as well as other forms of life on the planet.

What is Traditional Knowledge and How Does it Help in Safeguarding the Biodiversity?

Simply put, traditional knowledge refers to the know-how, practices, and innovative means used by indigenous and local communities across the globe in furtherance of varied objectives. It is also often referred to as ethnoscience, i.e., the ‘stock of knowledge,’ comprising “systems of concepts, beliefs and ways of learning.” This form of knowledge is a cumulation of collective experiences, which are gained over the centuries and gradually adapted to the topographical and cultural needs. The mode of transmission is usually oral, and therefore, it tends to take the form of stories, songs, folklore, proverbs, cultural values, beliefs, rituals, community laws, the local language, and agricultural practices, including the development of plant species and animal breeds. Its significance lies in the fact that it is practical in nature, particularly in the fields like agriculture, fisheries, health, horticulture, forestry, and environmental management in general. Since these knowledge systems are built through incremental accumulation and transmission, they often lead to the production of spatial-temporal insights, which are of great importance to manage and implement the measures for biodiversity. Therefore, traditional knowledge can help and contribute in the following ways:

Such knowledge systems have contributed to various fields like biodiversity conservation and maintenance of ecosystems services, tropical ecological and biocultural restoration, sustainable water management, genetic resource conservation, and management of other natural resources. Furthermore, indigenous knowledge has also been found useful for ecosystem restoration and it often embraces the elements of adaptive management.

The civilization is trying to get back to its old ways. Therefore, today it not only plays a vital role for the indigenous communities but also for other modern industries and agriculturalists since many products are plant-based medicines, health products, and cosmetics, including other products like agriculture, non-wood products, and handicrafts.

Let us consider a few examples where indigenous knowledge has helped realize the potential of biodiversity and the conservation thereof. Spotted House Snake and Yellow-bellied House Snake came to be conserved based on the indigenous knowledge explored, as per which these snakes play a significant role in places where food is stored as they prey on rodents. Similarly, the impact of certain plants has been discovered, like the Moomang plant is not advised for household curation since it has poisonous effects on the mucous membrane. Many other birds have been conserved based on their uncovered role in the food chain, like the Greywing Francolin (Khoale), Rock Kestrel (Seotsanyane and Bald Ibis (Mokhotlo). A modern drug has been developed and marketed for the retention of memory from the semi-aquatic herb Bacopa Monnieri that has been traditionally used for enhancing memory power in India. It shows how the very existence of cultural diversity is directly dependent on biological diversity. 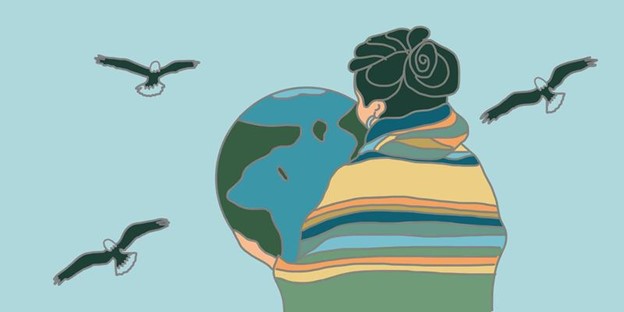 At the international level, the convergence and interdependence of traditional knowledge and conservation of biodiversity are reflected in the Convention on Biological Diversity (CBD). The convention in its preamble itself acknowledges that traditional knowledge can make both the conservation and the sustainable use of biological diversity possible.

The specific reflection is visible in Article 8(j), which states each contracting party shall, as far as possible and as appropriate:

With specific reference to Article 8(j), the Conference of the Parties has established a working group in furtherance of meeting the objective stated therein. The said group is open to all parties, and all indigenous and local communities are allowed to pay their contributions.  In furtherance of meeting the goals of the Convention, many governments are pursuing national diversity plans, strategies, and programs through either sui generis laws or administrative arrangements.

Other than the previously mentioned aspects, Agenda 21 has also been acknowledged within Principle 22, which says that indigenous people have a vital role to play in environmental management and development because of their traditional knowledge and practices. The United Nations has also (through its different initiatives and bodies) recognized the role of traditional knowledge in biodiversity conservation like the United Nations Development Program and World Bank. 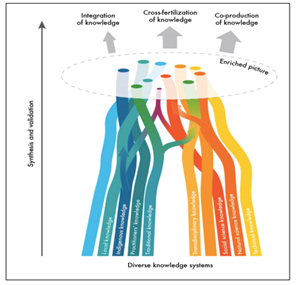 Since conservation of biodiversity is not a secluded subject matter and impacts the entire civilization when holistically viewed, traditional knowledge should not be subjectively applied for regional development. Instead, ways and means should be developed to integrate different knowledge systems to complement each other for their utilization at a global level. The same would encourage the application of scientific research in line with local knowledge, which would contribute to equity, opportunity security, and empowerment of local communities in addition to the sustainable use of natural resources.

Considering the international objectives and concurrent need to realize and nurture the facets of traditional knowledge, governments and other parties can pursue the following routes: