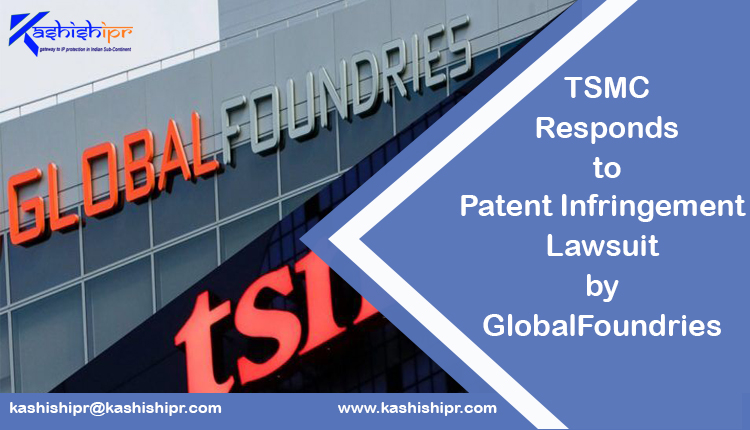 TSMC, Taiwan Semiconductor Manufacturing Company, took a day to digest claims of the Patent Infringement lawsuit filed against it by GlobalFoundries (GF), one of the largest semiconductor fabrication companies worldwide, and then responded by saying that the allegations of this Intellectual Property infringement are baseless. It also proposed that the GlobalFoundries is acting like a patent troll.

TSMC added that with 37,000 granted patents globally, it has been established as one of the largest semiconductor portfolios in the industry and attained a top 10 ranking for US patent grants for 3 consecutive years since 2016. The world’s largest foundry continued that it is disappointed to see a peer opting for a meritless lawsuit rather than competing in the marketplace.

The complaint filed on 26th August 2019 by GlobalFoundaries claims that TSMC along with a number of its customers and makers of various products have infringed 16 of the GF’s patents covering several aspects of chip manufacturing. The plaintiff claimed that TSMC’s 7nm, 10 nm, 12 nm, 16 nm, and 28 nm nodes allegedly use its Intellectual Property (IP). Among defendants, the firm named Apple, MediaTek, Broadcom, NVIDIA, Xilinx, Qualcomm, and some others.

The plaintiff had filed the case in the US International Trade Commission (ITC), the Regional Courts of Dusseldorf, and Mannheim in Germany, and the U.S. Federal District Courts in the Districts of Delaware and the Western District of Texas. It is looking for damages from TSMC and wants the courts to ban the products that use infringing semiconductors in the US and Germany.

On the other side, TSMC has denied the allegations by announcing that it will defend itself in the courts. The firm stresses that it spends billions of dollars on R&D (Research and Development) every year and has been granted 37,000 patents throughout its history.

High-tech companies typically counter-sue one another in IP infringement cases, so it would not at all be surprising if TSMC chooses to sue GlobalFoundries. Although TSMC assumes that the claims are baseless and thus, planning to defend itself against GF, still if any court not necessarily but possibly disagrees, TSMC and its clients would then have to work out a royalty arrangement with GF. For more visit: https://www.kashishipr.com/