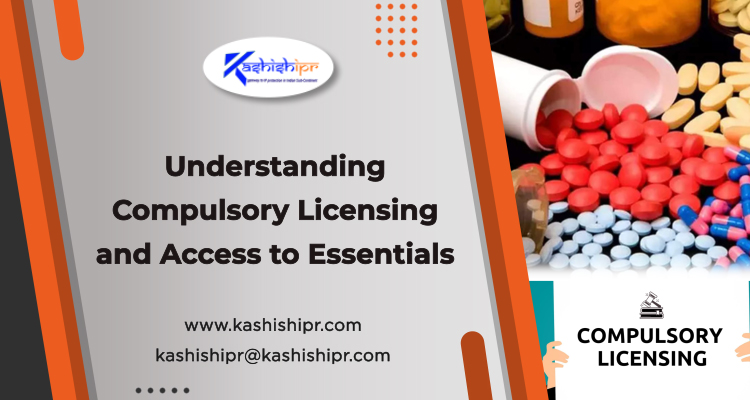 The domain of Intellectual Property Rights (IPRs), especially after the adoption of the Uruguay Round’s resultant, the Agreement on Trade-Related Aspects of Intellectual Property Rights (TRIPS), has led to the adoption of an expanded understanding of IPRs in contemporary fields to strengthen the legal position of the rights holders. Such extension of rights has given birth to newer concerns in developing nations as to the extent of such rights and their primacy over the interests of the society at large, relating to issues of public health and consumer protection in particular. There is a constant debate of balancing the monopolistic rights against the right of public access to essential commodities like pharmaceuticals and medical products. This is where the concept of compulsory licensing gains popular attention.

What is Compulsory Licensing?

A compulsory license is an authorization provided by a national authority to an individual without seeking the consent of the titleholder but after payment of royalties/compensation for the exploitation of the subject matter protected by the law on patents or other IPRs. Where it is known as compulsory licensing in reference to patents, it is known as statutory licenses in reference to copyright and related rights. 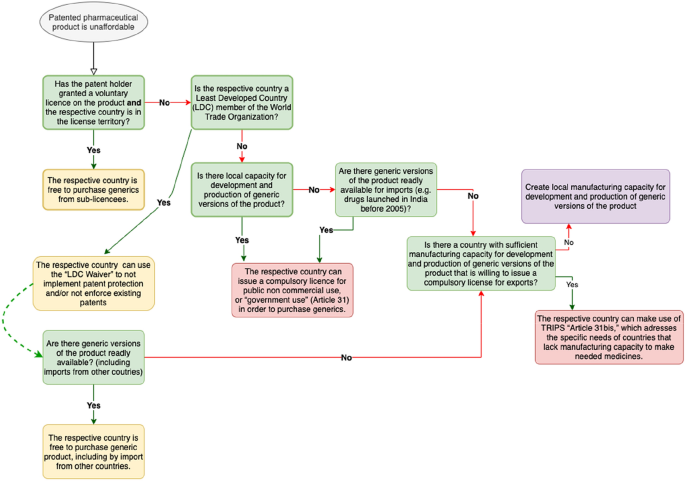 The concept of compulsory licensing can be said to have arisen out of the obligation within the Statute of Monopolies of 1623, which provided for the provision of utilizing a patented invention to be applied locally. This provision influenced the development of the International Convention for the Protection of Industrial Property, also known as the Paris Convention. The Convention provided an obligation of ‘working’ the patent. Therefore, a forfeiture of patented rights shall apply where the invention is not being worked to the benefit of the people and is necessary to be imposed to remedy the non-exploitation of such rights. The same came to be imbibed by a majority of nations by the beginning of the twentieth century for products like medicines, food, and curative devices.

The TRIPS Agreement also provides for compulsory licensing concerning patents within Article 31 on the grounds of either an emergency or extreme urgency to deter anti-competitive practices for public non-commercial use or dependent patents. These measures may be adopted by member states for other reasons as well, in favor of public interest.

The following grounds may be enlisted to secure a compulsory license as per the international agreements and domestic laws.

However, such a license shall be extended if only the following requisites have been met: 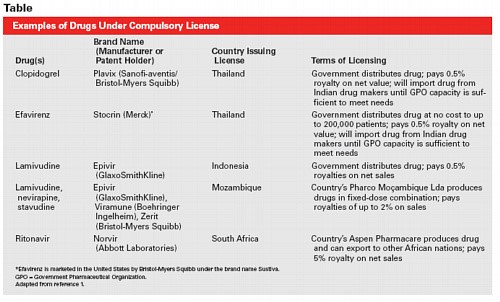 In line with the Sustainable Development Goals (SDG), it is necessary to provide affordable access to medicines and medical products. The solution for the same has been offered under the TRIPS Agreement and the Doha Declaration to increase necessities’ availability.

There has been a constant debate about issuing compulsory licenses to enable life-saving drugs, without which humanity may suffer. The same has resulted in a tiff between the low-income nations and the first world nations, where the prior advocate for compulsory licensing-related provision to be narrowed down and made strict and the latter shares a more liberal and lenient outlook towards the subject matter. As mentioned above, Article 31 of the TRIPS Agreement provides for the issuance of compulsory licenses upon the fulfillment of certain conditions. Article 27 enables respective governments to issue such licenses to third parties to facilitate the manufacture and import of essential drugs in the instance of an outbreak of a life-threatening disease. Lastly, Article 7 allows space for elaboration by stating that the use of IPRs should be in a manner conducive to social and economic welfare and to balance rights and obligations.

Under the provisions entailed within the TRIPS Agreement, it has become easier to provide for antiretroviral medicines, which help treat HIV infections. Antiretrovirals were essentially the first medicines to be made accessible ever since the TRIPS came into being.

Furthermore, the Doha Declaration came into being since, despite the International Agreement on IPRs being in place, there are still a sizable number of people (2 billion) who lack access to essential medications. The Declaration is a very crucial step to provide for medicines to protect public health. Paragraph 5 of the Declaration throws a brighter light on the topic of compulsory licensing than what is visible in the TRIPS Agreement. Through such a Declaration, member states are free to determine what conditions constitute a national emergency or any other exigency according to which a compulsory license may be imposed. Other than that, paragraph 6 of the Declaration provides that the member states that have insufficient or no manufacturing capacities in the domain of pharmaceuticals can secure such licenses to make available the essential life-saving drugs in countries that don’t have access to them and can’t afford them for the protection of the health of their population. Therefore, it not only places an obligation upon nations to provide access to medicines within their territorial limits but also beyond borders.

The issue of compulsory licenses has been extensively discussed in all countries alike to improve and enhance access to medicines and other necessities. It has the effect of increasing the competitive stance in the market since the entry of generics to produce the patented invention leads to lowering the price of patented drugs. It may favor the consumer, but the same does not stand true for patent holders. Where such a license is granted, the government should take the requisite steps to lower the cost of such commodities by controlling the profit percentage to the maximum limit. It is, therefore, in the interest of developing nations to build their bargaining strengths by improving and investing in the field of scientific research and technological architecture. ✅ For more visit: https://www.kashishipr.com/