What will happen if you are late in Getting your Trademark Renewed? 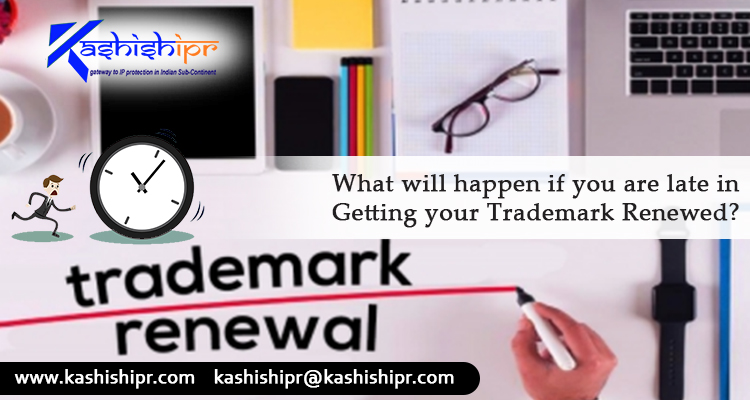 In most of the nations across the globe, the duration of Trademark Protection for registered trademarks is ten years; however, indefinite trademark protection can be achieved if the registered trademark is renewed once every ten years. Lateness in filing a trademark renewal application can lead to many complications for the owner, like increased fees, penalty, or losing the protection of the Registered Trademark altogether. Remember, loss of trademark protection is the most serious repercussion of failing to file your trademark renewal on time. Let us now make ourselves familiar with all the risks involved in the same scenario so that you can understand the importance of filing your trademark renewals on time.

Although it is a rare occurrence – however, there may be a scenario where a competitor snaps up the mark and registers it or a similar one as his or her own. Without any second thoughts, the marks, which are identical or similar to the already existing registered trademarks, aren’t registrable. But, if a trademark is no longer registered, then similar or identical marks can get registered. If there aren’t any forms of pre-existing rights interfering with the competitor’s Trademark Registration of the mark, then it shall never get rejected. This scenario, therefore, leaves the bright possibility of you losing your registered trademark to your competitor if you fail to file its renewal.

Trademark protection may also be lost altogether if, after failing to get a trademark renewed and looking to re-register it, a similar or identical mark gets registered in the meantime. According to EUIPO’s set of guidelines and regulations, a proposed trademark will be denied registration if it is identical or similar to an already existing trademark or interferes with the pre-existing rights. If no such problems existed while the mark was registered but arise after the passing of the renewal date, then all the attempts made to re-register it shall be denied.

If in case, a mark similar or identical to yours gets registered in the Nice Classes, in which your mark was originally registered, then re-registration in the same classes shall not be permitted. According to EUIPO’s set of guidelines and requirements, if a proposed trademark seeks registration corresponding to the goods where there is an already existing registered trademark, then the registration shall be denied. Hence, if you miss your renewal date and go ahead with re-registering the mark at some later stage, then the goods or services against which you intend to use the same may be limited.

In the same manner, if you fail to renew a trademark in multiple countries and a new similar or identical mark gets registered in some of the countries in the meantime, then re-registration at some later stage may geographically be limited as well. The consequences of this inability to re-register your mark in some specific nations can be harsh, which, in turn, would hinder your business profits and prospects significantly.

Irrespective of whether any of the above mentioned potential issues come into action or not, the owners who delay the renewal of their registered trademarks undoubtedly encounter additional costs in the form of late fees. In general, the national IP offices do give a grace period after the renewal date, in which the renewals can still be filed. However, waiting until that moment shall bring in greater official charges as compared to filing the renewals on time. For more visit: https://www.kashishipr.com/