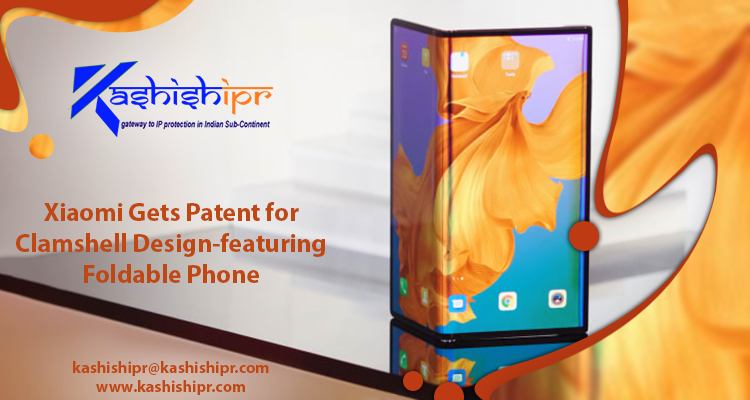 In the past also, Xiaomi teased its foldable smartphone, but that included a double-folding design different from Motorola Razr (2019).

The patent application that shows the new foldable phone with a clamshell design was filed by Xiaomi with the World Intellectual Property Organisation (WIPO) back in August 2018. However, it received approval by the concerned authority on December 6, 2019.

According to the drawings attached by Xiaomi to the patent application, the smartphone in question seems to fold entirely in half to give the traditional flip phone-like look and feel to its users. The new foldable handset also appears to carry a pop-up selfie camera with an array of sensors.

Once the smartphone is folded, a secondary screen at the front may appear to show notifications. Besides, there a notch would be visible. On the other side, the notch may turn into a back camera once the phone is unfolded.

Although back in March, Xiaomi suggested its interest in the emerging market of foldable smartphones and now obtained the patent for this new foldable phone, it hasn’t made any official announcements. Well, this is not the first time when the Beijing-based company filed and got patent for the foldable phone with such design. For instance, a patent application spotted in August this year had hinted at the Xiaomi foldable smartphone with the triple rear camera setup. The handset showed in that application could transform into a tablet when unfolded. The concept is much like that of Huawei Mate X and Samsung Galaxy Fold.

Therefore, that being said, whether Xiaomi would launch a foldable phone to answer Mate X and Galaxy Fold is still a mystery. Furthermore, it is difficult to say if the company would unveil a competitor against Motorola Razr (2019), which was though unveiled last month is yet to hit the market. Nevertheless, it is expected that Xiaomi may disclose its concrete plans in early 2020. Besides, Samsung expects foldable smartphones to cross six million shipments next year. So, it won’t be surprising to observe more brands display their new devices in 2020. But as nothing is certain – until the official announcements – we can only expect some new details bouncing on the web. For more visit: https://www.kashishipr.com/