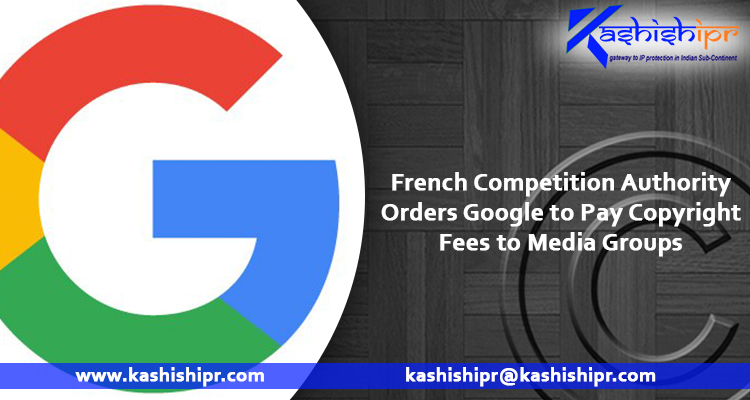 France’s competition regulator has quite recently stated that Google must begin paying the media groups for displaying their content. It has ordered the tech giant to start involving in negotiations after refusing for several months now to comply with the new digital Copyright Law of Europe. It said that Google, within three months, needs to conduct negotiations with news agencies and publishers in good faith corresponding to the remuneration for the re-use of their protected contents. The agency further stated that this injunction looks forward to the negotiations resulting effectively in a proposal for remuneration from the tech giant that must be applied with effect from October 2019 – when France became the first nation to ratify the EU law.

The new rule on the so-called ‘neighboring rights’ has been put forward to make sure that the news publishers are compensated as and when their work is shown on search engines, websites, and social media networks. However, while having an efficient lock on internet searches in Europe, Google refused to comply by saying that the pictures, articles, and videos would be shown in its search results only in scenarios where the media groups allow it to use the same at no cost. Google also mentioned that if the media groups refused, then only a headline and a bare link to the content would appear – which certainly would, in turn, result in the loss of online visibility and potential ad revenue for the publisher. Consequently, the media groups ended up filing a complaint with the competition regulator last year in November.

The competition regulator said that Google’s practices caused immediate harm to the press sector and were most likely to constitute an abuse of a dominant position.

The tech giant, which is yet to give an official comment on this injunction, had earlier dismissed the claims put forward by the media groups when the complaint was first filed but had promised to cooperate well with the competition regulator.

In a statement delivered last year, Google said it significantly helps the internet users to come across news content from various sources, and the corresponding results are based on relevance instead of any trade agreements. It stated that the law doesn’t impose any fee for posting links, and the news publishers in Europe already derive a crucial value from the eight billion visits they get every month from the users who perform searches on Google. Although the law does incorporate the option of free licenses, the competition regulator ended up questioning Google’s position corresponding to not paying any remuneration for displaying the protected content. It said that the interim measures, which require the tech giant to publish the content only via the methods chosen by the publishers, would help in providing balanced negotiations and ensure neutrality corresponding to how the information is classified and indexed for the users to find. At last, it added that the interim measures would remain in force until a decision is reached upon concerning the merits of the case and that the tech giant needs to submit reports every month revolving around the procedures for implementing the injunction. For more visit: https://www.kashishipr.com/