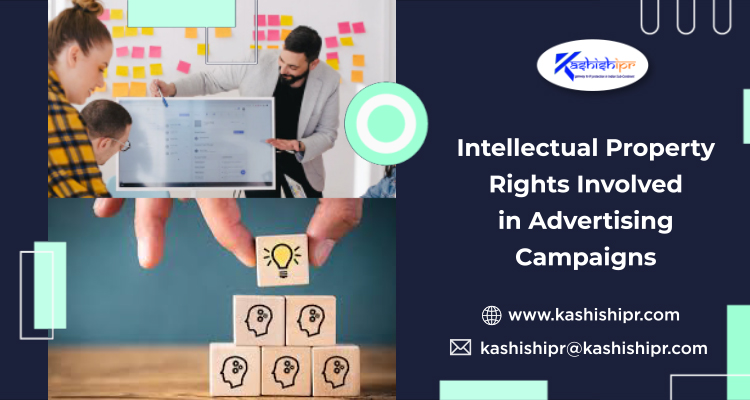 In the ongoing highly competitive working business environment, the elements of a good advertisement are likely to be copied or imitated by others in the industry. Therefore, brands and businesses need to be aware of Intellectual Property Rights (IPRs) that come into action when it comes to drafting and finalizing the content of an advertisement or running an advertising campaign. Brands and businesses are now exploring more innovative ways to advertise their offerings, i.e., products or services. Every level of increased creativity and innovation shall involve additional IPRs. An advertisement in the simplest form may involve only the primary forms of Intellectual Property (IP) – copyright and Trademark Rights associated with the brand name or logo. Advanced audio-visual works, on the other hand, may raise several complicated IP-related concepts.

In the recent judgment of the Delhi High Court, it was held that courts in India could safeguard the distinctive elements of advertising campaigns under IP laws and regulations. We are talking about the lawsuit – Bright Lifecare Pvt Ltd vs. Vini Cosmetics Pvt Ltd and Anr.

In this case, the plaintiff was Bright Lifecare Pvt. Ltd., a company specializing in manufacturing and trading supplements, neutraceuticals, and related food products for gym professionals. One of the products sold by the plaintiff was a supplement sold in a series of products under the name and label MuscleBlaze (MB). The product was trademark-protected. Defendant no. 1 was a company specializing in the manufacturing and trading of cosmetics, pharmaceuticals, and ayurvedic products under the trademark ‘VINI’ with a presence in the deodorant and perfume industry in the Indian market.

Vini Cosmetics Pvt. Ltd. (defendant no. 1) manufactures, advertises, and sells men’s ‘REAL MEN MANLY FRAGRANCE’ deodorants. The ones described as ‘ZIDDI PERFUME’ in their commercials were disputed in the lawsuit discussed. The theme of the defendant no. 1’s advertisement revolving around their product was that the perfume/deodorant could counter the odor resulting from sweating. The words ‘ZIDDI PERFUME’ were shown towards the end of the advertisement, written in yellow color with a black background.

Upon seeing and analyzing the facts of the said advertisement, it could be made out that there were similarities in many aspects, including the various taglines using the word ‘ZIDDI’ and the style of writing in a yellow and black color combination by the plaintiff and the defendant no. 1. The plaintiff even submitted that their mark was registered as a trademark in Class 38 and Class 44, focusing on advertisement services. In this scenario, the defendant no.1 argued by saying that the plaintiff and defendant no. 1 were not competitors in the market, and the plaintiff wasn’t in power to claim any monopoly over the use of the words ‘ZIDDI’ or ‘ZIDD’ as the same was used in earlier advertising campaigns and films as well.

The prime contention dealt with in the lawsuit discussed was whether advertising campaigns of such a nature were capable of obtaining protection. To find a relevant answer, the Delhi High Court checked whether the distinctive elements of the advertising campaign of the plaintiff, which were allegedly infringed upon by the defendant, merely constituted an idea or the expression of an idea. The settled legal position says there can be no Copyright Protection in an idea but only in its expression.

Concerning the similarities between both the advertising campaigns, the Court ruled out that the overall theme of dark settings, people working out, use of words like ‘ZIDDI’ and ‘ZIDD,’ and the yellow-black color combination were present in the campaigns of both the plaintiff and defendant no. 1. The Court said that the third-party videos using the concept of ‘ZIDD’ or the mark ‘ZIDDI’ upon which the defendant no. 1 relied were entirely distinct from the plaintiff’s advertising commercials and defendant no. 1’s impugned commercials. According to the Court, no monopoly could be granted over the concept and idea of ‘ZIDD’ and ‘ZIDDI;’ however, the Court couldn’t completely ignore the portrayal of the same revolving around almost identical elements.

Concerning the argument of the defense on no monopoly of the plaintiff over the word ‘ZIDDI,’ the Court ruled out that there could be no exclusivity or monopoly over the use of the word ‘ZIDD’ and ‘ZIDDI’ as an idea to show perseverance; however, their portrayal has to be different.Therefore, the Court held that the impugned advertising commercials evocative of and very similar to the plaintiff’s advertising campaign were liable to be restrained in their present form. Consequently, the defendants were asked to pull down the impugned commercials from YouTube and other platforms on which they were available for the general public to view. ✅ For more visit: https://www.kashishipr.com/