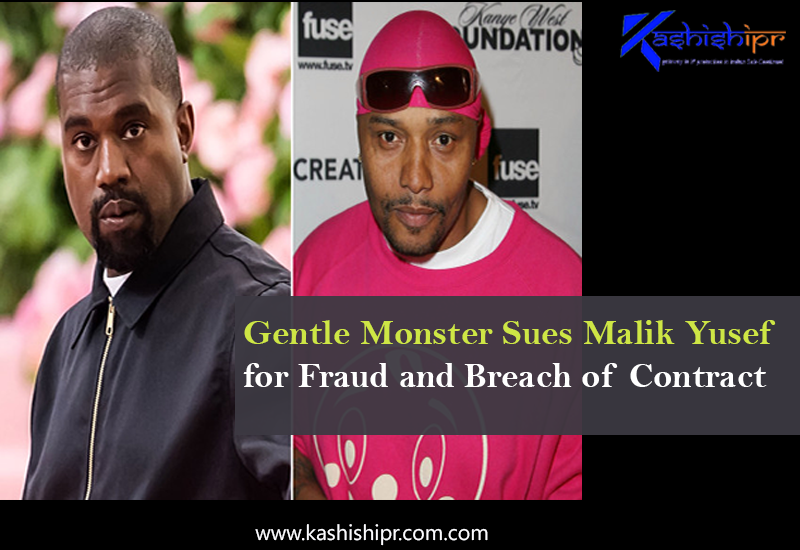 Gentle Monster, a Korean sunglasses, and optical glasses brand have sued Kanye West’s former friend and collaborator, Malik Yusef for allegedly defrauding their eyewear brand of more than $2.5 million. Gentle Monster had collaborated on a music project with Malik Yusef, G.O.O.D Music associate to promote a song for a new product “Collection 13” that is believed to be written and produced by Kanye West and Yusef. Shortly after the release, Kim Kardashian took to social media to bring out into the open that, “West had nothing to do with producing the project leading to Gentle Monster removing the track “13 Music” altogether.”

According to the documents filed in the Superior Court of Los Angeles, Gentle Monster has asserted that Yusef had taken advantage of his seemingly close relationship with Kanye West to deceive Gentle Monster into believing that he could bring some of the world’s well-known artists together to collaborate and produce a series of videos which could increase Gentle Monster’s global brand recognition and business name. The documents have also disclosed that apparently, Yusef had organized a meeting between Ye and Won Lee, the CEO of Gentle Monster in Jackson Hole, Wyoming, but in that meeting Lee didn’t talk about the project with Yeas it was the first meeting the two had, and he was of the view that he would get to sit down with the rapper another time in the near future.

Post the meeting, Yusef however, is believed to have implemented a notarized Universal Music Publishing Group agreement which authorized the release of a new track titled “New Angels” by fraudulently submitting a copy of Kanye’s driver license and his forged signature. Being unaware of Yusef’s conspiracy at that time, the South Korean brand, Gentle Monster had sent $2.5 million USD as part of their agreement with $500,000 USD of the total amount going to a fake charity organization which they believed was associated with West.

As of now, Gentle Monster has announced claims of fraud, international deceit and breach of contract and is also seeking damages of a sum to be determined at trial.

Sources have revealed that Yusef has refused to admit any involvement in the scam. For More Visit: http://kashishipr.com/