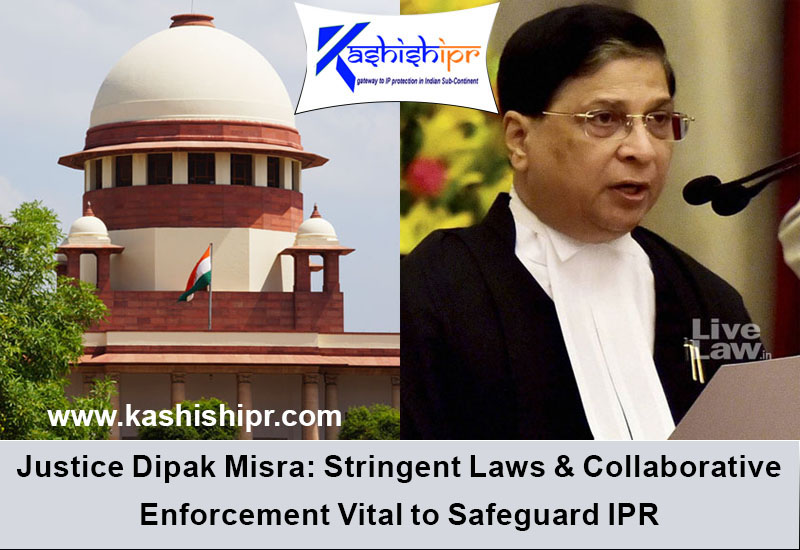 At a conference in New Delhi, Misra spoke on intellectual property by collaborative enforcement. While speaking on this subject matter, he intonated that while the proprietary knowledge or property of the mind is availing recognition over centuries, it attained significance in the existing context due to advancements in technology and trade.

Justice Misra in his speech at the conference added that the continuous and rapid increase in the importance of intangible goods is compelling businesses to actively build and manage their IP concepts as keys for sustaining competitive benefits and achieving improved performances. After that, he continued with the following:

In ancient times in India, knowledge sharing was thought to be better than all other sorts of giving, but today, intellectual property builds the strategic alliances of technological and socio-economic growth. IP is the basic framework of sustenance in the current competitive economic era.

When it comes to the promotion of inventions, then intellectual property rights are not just vital, but necessary as well. It is the age where the legislative system is in force, and consonance through a structure of progressive nations but that’s not enough. Since India is moving ahead as a developing nation, there is a need for some additional stringent laws.

We are advancing to a level of development where there is a dire need to access control and give protection to persons who are actively involved in crafting, inventing, or innovating.
Dipak Misra who was born on 3rd October 1953 is a former chief justice of India. He served the nation as the 45th Chief Justice for a duration ranging from August 28, 2017 – October 2, 2018. Besides, he served Patna and Delhi HCs (High Courts) as former Chief Justice. Justice Ranganath Misra who stayed on the position of 21st CJ (Chief Justice) from 1990 – 1991 is the uncle of Dipak Misra. For more visit: https://www.kashishipr.com/