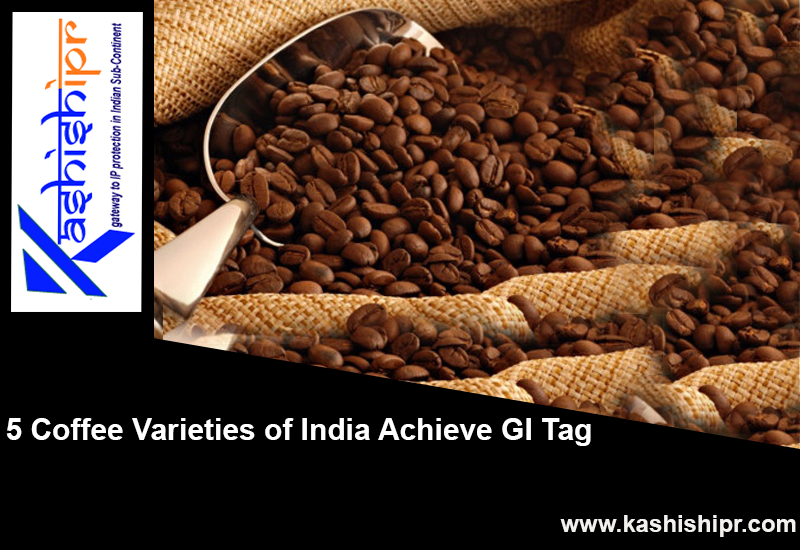 5 coffee varieties that are being grown in India made their place amongst the Geographical Indication (GI) tag achievers. It is expected that this step will make the producers happy by helping them to earn the maximum cost for their ace produce. The coffee varieties that were awarded GI tag by the Department for Promotion of Industry and Internal Trade, underneath the Ministry of Commerce and Industry include:

Around 3.66 lakh farmers (out of whom 98% are small farmers) in India are occupied in the profession of cultivating coffee over near about 4.54-hectare area.

Southern regions of India including states such as Tamil Nadu (8 per cent), Kerala (19 per cent), and Karnataka (54 per cent) are the major producers of the total coffee produced in the nation. Apart from these areas, non-traditional zones of India encapsulating Orissa, Andhra Pradesh, and many other north-east states participate in coffee cultivation.

Out of so many countries in the world, India is the only nation where the growers utilize natural processes to produce and cultivate coffee like growing in shade, plucking manually through hands, and drying in sunlight. The Western and Eastern Ghats are recognized as the significant bio-diversity hotspots worldwide and tribal farmers in these regions are famous for generating the top-quality coffee globally. Indian coffee is not just highly-valued by the whole world but also purchased as the premium product in European countries.

The ministry in its statement explained that the tribal growers of Araku coffee use an organic approach where they emphasize utilizing green or organic manures and organic pest controlling and eradicating practices. It also revealed that Bababudangiris Arabica coffee is obtained using a hand-picked method and managed via natural fermentation.

In addition, the ministry of India said that the GI certification brings recognition and protection that enable the producers to invest in growing the quality coffee in that specific region. It will benefit the growers with the opportunity to acquire the maximum revenue for their premium coffee by increasing the visibility of the coffee amongst the purchasers all over the world.

What is Geographical Indication?

A Geographical Indication (GI) indicates a sign or name deployed on natural, agricultural, manufactured commodities such as handicrafts, industrial goods, or other products that originate from a particular geographical location. GI tag functions as an assurance of quality and uniqueness of the products that develop the producers’ confidence to command genuine price for their premium coffee in both the markets – domestic and international.

Besides coffee, many other products achieved the GI tag in India, for example – Kangra Paintings, Nagpur Orange,Tirupathi Laddu, Kashmir Pashmina, and Darjeeling Tea.

T.C. James, President of NIPO (National Intellectual Property Organisation) announced that GI authorization is just like a protection shield that prevents other unauthorized producers from misusing the identity to market similar valuables. It even serves the customers with comfort and satisfaction regarding the products’ authenticity. Besides this, he added that assets with GI tag always get the premium price in the markets.

GI award distribution will encourage the farmers to put more effort and produce better quality coffee. This, in turn, will result in increased production, sales, and overall development of the nation’s economy. For more visit: https://www.kashishipr.com/