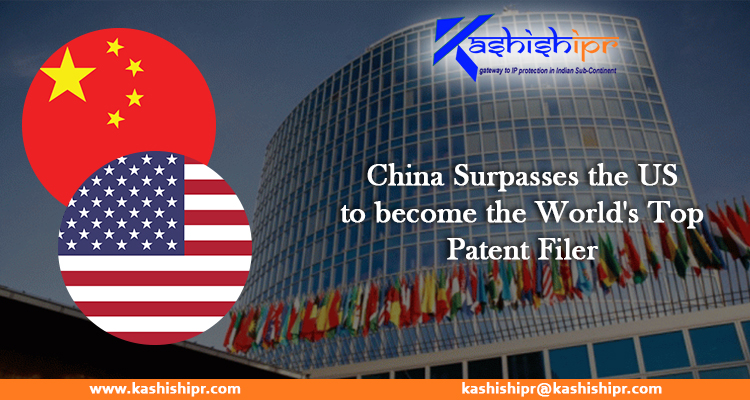 The United Nations (UN) has quite recently stated that China emerged as the world’s leading source of international Patent Filings in 2019 by unseating the United States out of the top spot it held ever since the global system was established more than 40 years ago.

In its annual report, the World Intellectual Property Organization (WIPO) has stated that 265, 800 international Patent Applications were filed last year, which shows a hike of 5.2% from 2018. WIPO’s complex system revolving around the registration of international patents consists of multiple categories. China topped the prime category, which is the Patent Cooperation Treaty (PCT) by ranking for the first time with a total of 58, 990 applications. Therefore, China successfully leapfrogged the United States, which had filed 57, 840 applications in 2019, and holds a track record of achieving the top in PCT ranking ever since the system took effect in 1978.

WIPO also found that China and the US were followed by Japan, Germany, and South Korea in the list of the world’s leading patent application filers.

Francis Gurry, the Director-General at WIPO, said in a statement that China’s rapid growth corresponding to becoming the world’s leading filer of international patent applications through WIPO highlights a long-term shift in the locus of creativity and innovation more towards the East, with Asia-based patent applicants now accounting even more than half of the total PCT applications.

WIPO’s annual report showed that the Asian-based patent applicants accounted for a total of 52.4% of all the filings, while North America and Europe, on the other hand, accounted for even less than a quarter each.

In this context, Gurry said that back in 1999, WIPO had received only 276 patent applications from China. He mentioned that with somewhere around 59, 000 patent filings in 2019, the year marked a 200-fold increase in only 20 years. Gurry also stated that although IP increasingly finds itself at the heart and soul of global competition, it is imperative to keep in mind that innovation is not a zero-sum game. He believes that a net increase in global innovation and creativity implies brand new communication technologies, drugs, and solutions that would benefit people all across the globe. At last, Gurry said, he holds immense pride in the fact that WIPO’s IP services are successfully helping in fostering innovation and further spreading it worldwide.

While talking about the present worldwide scenario, Gurry recently said in a virtual press conference that it is indeed uncertain as to how the novel Coronavirus, which first emerged in China and has now infected millions of people worldwide, would affect the international patent filings going forward. He further said that he doesn’t know how deep or how long the Coronavirus crisis is going to last; however, he believes that it is going to be exceedingly crucial across all the innovative industries. For more visit: https://www.kashishipr.com/