Enforcement and Protection of Trademark Rights in Bangladesh 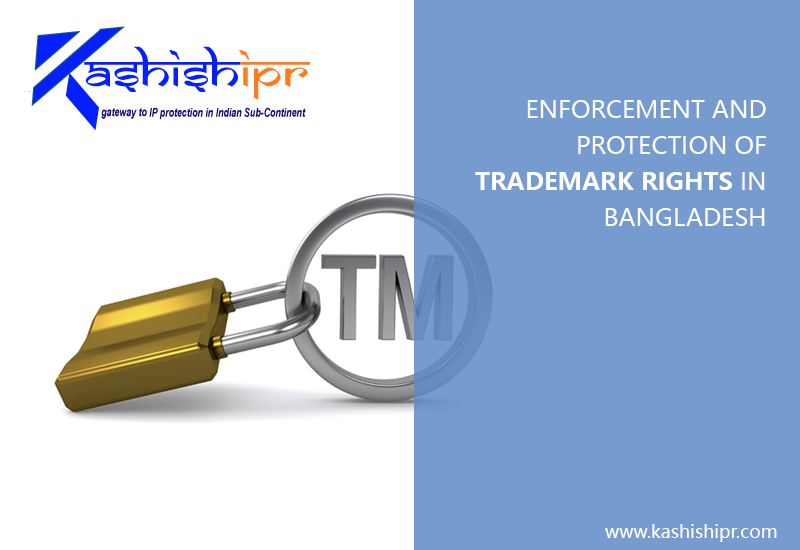 In Bangladesh, the Trademark Act of 2009 and the Trademark Rules, 1963 present a legal basis of dealing with the mechanism of registration and protection of trademarks. According to the 2009 Act, the registered proprietor of a trademark in respect of any goods or services owns the exclusive rights to the use of the trademark in relation to those goods or services. Trademark rights are deemed to be infringed by any person who, not being the registered owner/user, accesses the trademark without permission.

For Trademark Registration in Bangladesh, an application has to be filed with the Department of Patents, Designs, and Trademarks (DPDT), Dhaka. Once the trademark is registered, it lasts for a period of 7 years from the date of application, renewable every 10 years on payment of the required fee.

When the rights of a proprietor of a registered trademark are infringed in Bangladesh, the following actions can be taken for the remedy:

The Code of Civil Procedure establishes that rights holders may file suit for permanent injunctions before the Dhaka District Court. If the infringement is proved, a suit for damages may then be filed separately.

The administrative authorities have no direct jurisdiction over counterfeiters and the seizure and/or confiscation of the infringing goods in question. The law governing agencies such as the police, the Bangladesh Rifles and the Rapid Action Battalion takes cognizance of any matter relating to counterfeiting only after being directed to by the Chief Judicial Magistrate’s Court, since the imitation or use of false trademarks is a non-cognizable and a bailable offense under Sections 482, 483, 485 and 486 of the Code of Criminal Procedure.

Besides civil infringement suit, IP rights holders may file an application for a temporary injunction under Order 39, Rules 1 and 2 of the Code of Civil Procedure. If it is proved that there is a prima facie arguable case and that the balance of inconvenience is in the IP rights holder’s favor, then the court may grant a temporary or interlocutory injunction against the counterfeiter when the suit is filed.

The following remedies are available by way of civil action:

It can take up to three to four years for a case to be finally decided.

The punishment for using a false trademark is imprisonment for up to one year or a fine, or both. The punishment for counterfeiting is imprisonment for up to two years or a fine, or both. The courts also have the power to set the prison term and the amount of any fine. In addition, the Penal Code identifies a number of activities as a criminal offense and sets out various enforcement measures available to rights holders. Two such offenses and their punishments are as follows:

In cases of counterfeiting, a rights holder may file a criminal complaint with the police, which then investigates. If the complaint is proved, the case then goes to trial before a court. In addition, police officials may launch raids against counterfeit and pirated goods and may take legal action.

Remedies available in criminal actions include the following:

Under Section 17 of the Customs Act: “if any goods bearing registered trademarks are imported into or attempted to be exported out of Bangladesh in violation of the provision of Section 15 or of a notification under Section 16, such goods shall, without prejudice to any other penalty to which the offender may be liable under this act or any other law, be liable to be detained and confiscated and shall be disposed of in such a manner as may be prescribed.”

There is no provision for the recordal of trademarks with Customs. However, upon receiving a complaint from a rights holder, Customs may take steps against any person or entity that imports goods in violation of Sections 15 and 16 of the Customs Act. Moreover, a rights holder may approach the High Court to obtain an order directing Customs to detain and/or seize the counterfeit goods. For more visit: https://www.kashishipr.com/