GNOME Foundation to Battle a Patent Troll in Court 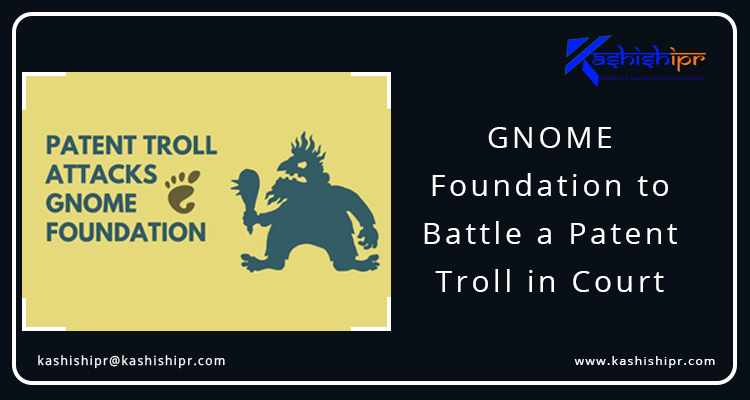 The GNOME Foundation, a maker of the eponymous Linux desktops, has been hit with a sueball by Rothschild Patent Imaging LLC over how its Shotwell photo manager manages photos.

The plaintiff has alleged in a complaint filed at the United States District Court Northern California that the defendant has infringed its patent for a “Wireless Image Distribution System and Method.”

The Patent Application, 9,936,086, filed at the US Patent and Trademark Office (USPTO) on 2 June 2017, is dated 3 April 2018. And in a nutshell, it is related to flinging digital photos from one device to another wirelessly.

The GNOME Foundation is not the only firm being sued by the plaintiff; instead, there are many other companies. As per the Patent Litigation Website RPX Insight, there are six active and forty-two inactive cases involving Rothschild Patent Imaging. For instance, Rothschild has also sued Magix in a complaint associated with the same patent. In Magix’s case, it is the firm’s photo manager who has grabbed the attention of the plaintiff’s Patent Attorney.

Unlike Magix, the GNOME Foundation is a non-profit outfit. Neil McGovern, Executive Director for the GNOME Foundation, said that the suit is baseless, and they would vigorously defend against it. He added that due to the ongoing litigation, they, unfortunately, cannot make any further comments at this time.

While Neil, cannot speak more about this issue, we can imagine the lively shade of blue the air is running within GNOME towers.

The patent itself is the broad beast, emphasizing hardware and software and, importantly in the case of GNOME or Shotwell a method that involves capturing images, filtering them based on a theme, topic or individual, and then transmitting the filtered ones to another device wirelessly. Since the patent deals with wireless image distribution, it appears to be ridiculous because it means any software that transfers images from one device to another could be violating this patent.

Rothschild Patent Imaging LLC is owned by Leigh Rothschild whose modus operandi is to obtain patents on general ideas, which would be so broad that they could sue an enormous number of organizations. Defendants have only two choices, either pay Rothschild to settle the dispute or pay IP Lawyers to fight the court battle.

Apart from Magix and GNOME, Cyberlink’s FaceMe has also been on the receiving end of a complaint revolving around the pesky patent 9,936,086. Because the plaintiff was demanding $75,000 from each defendant for settling the lawsuits, it seems as if it is formed to make profits by suing other firms.

Unfortunately, patent trolling that enables an individual or company to enforce its patent rights against accused infringers far beyond the patent’s actual value or contribution to the prior art, usually through hardball legal tactics is the big business in many countries. There are many firms with the sole business model of gaining monetary benefits by using other companies. Well, this becomes possible because of the law that favors such patent trolls and defendants who pay the plaintiff to settle to the dispute. Nevertheless, this time, the GNOME Foundation has decided to fight the present lawsuit vigorously. If the Foundation wins, it would be an excellent example that prevents companies like Rothschild from making profits with the help of patent trolls in the future. For more visit: https://www.kashishipr.com/