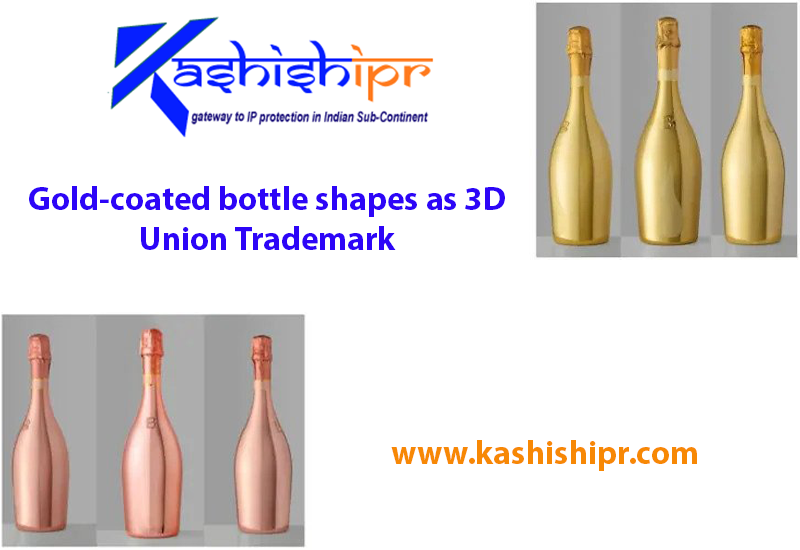 The Court of the European Union has passed a decision which says that the shape of a gold-plated bottle as well as a pink-coated bottle can now own the exclusive 3D Union Trademark Protection. In the packaging sector, this is counted as a significant judgment for protection of 3D union marks.  The decision taken by the European court is build on two invalid proceedings with respect to the trademark protection for the shape of a bottle with a distinctive coating.

In 2013, Sandro Bottega, the owner of Bottega Spa, known for its wine and grappa, had applied twice for the 3D union trademark protection of the specially coated bottle shapes in both gilded and shimmering pink color. As a result of this application, both marks were registered as 3D union trademarks in Nice Class 33 for many alcoholic and non-alcoholic beverages. Plaintiff Vinicola Tombacco Srl, Trebaseleghe, Italy, raised an opposition and brought actions for annulment against these two trademark registrations, which were discarded initially by the EUIPO and now by the European Court.  Nonetheless, the complainant argued by saying that the gold-coating entirely covering the bottle of the mark offers a notable worth to the goods concerned. Had the court agreed upon this, it would have prevented registering the trademark.

The Court of Justice of the European Union (CJEU) dismissed the argument as the color can’t be compared to the attribute of the shape of the sign which the plaintiff had counted upon. If the opposition party had come forward with another demur, then the mirror effect emerging from the polishing of the glass on the surface should have been analyzed to find a specific design element composition, if any.

In the second opposition raised by Vincola, he argued against the 3D Union Trademark Registration of the bottle shape in pink shimmer color. The Board of Appeal couldn’t consider the certitude that the application of paint on bottles of alcoholic beverages is proposed to protect the organoleptic properties of the contents by serving as a hindrance to the process of oxidation. So, the shape of the bottle along with its color would target at achieving a ‘technical effect’.

The European Court rejected the opposition raised by Vincola by stating that according to the Trademark Law, “the term ‘shape’ is usually considered as a series of lines or contours that define the product or goods in space, so that a color can’t form a shape in itself, without being defined in shape”. So the applicant can’t be dependent on the ‘technical effect’ of the color, which however, remains undemonstrated.

Lastly, the plaintiff also highlighted the Opinion of Advocate General Szpunar in Louboutin and Christian Louboutin which stated that “the combination of shape and color” is likely to be affected by the prohibition of “shape which confers substantial value on products”. However, the European Court once again dismissed this argument as invalid and unacceptable. The CJEU also stressed that it is not constrained to refer to the Opinion of the Advocate General and has decided to protect the 3D trademark registrations of the two bottle shapes, with a mirror-effect and coated colors. For more visit: https://www.kashishipr.com/