IBM Patents Smartwatch that Unfolds into a Tablet 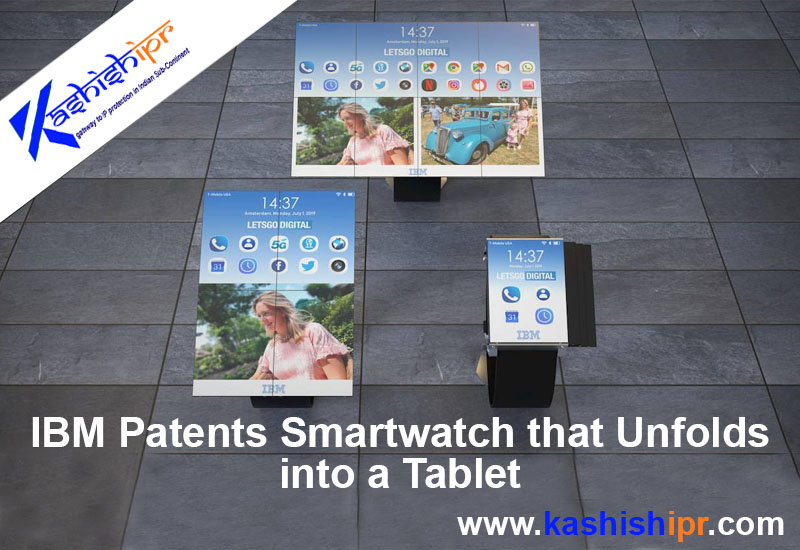 IBM, one of the biggest tech giants worldwide, has successfully patented a smartwatch that unfolds into a tablet or smartphone. The Patent Application is based on the concept that seems implausible today but could turn real in the future due to rapid enhancements in display technology.

The firm applied for the patent in the year 2016 with the title “Variable display size for an electronic display device” but did not attain the grant till the mid-June of 2019.

The patent presents a rectangular shaped smartwatch including a considerably thick case beneath its display.  The case’s thickness is because of its internal slot that consists of seven more display panels. The owners of this smart gadget will be able to use one, two, four, or even eight display panels as per their needs. Every single display panel measures 3-inches by 2-inches and pulling out all these will transform the smartwatch into a large-sized tablet measuring 12-inches by 8-inches.

On the other side, opening half means four display panels will unfold the watch into a smartphone, maintaining the apt reforms in the user interface (UI).

Some other features of this smartwatch include:

As IBM explains, the concept is to upsurge the screen’s size by employing a set of slides that craft a slot inside the case. Undoubtedly, the main focus of the giant is to expand the watch display size to that of a tablet, but additionally, it emphasizes on increasing the same watch display to smartphone mode.

IBM nowadays is working on artificial intelligence (AI) and quantum computing instead of the foldable smartwatch. Besides, as stated above the concept mentioned in the application appears a bit impossible at present. Therefore, it seems quite arduous for anyone to predict when IBM will facilitate the market with such a smart gadget. For more visit: https://www.kashishipr.com/