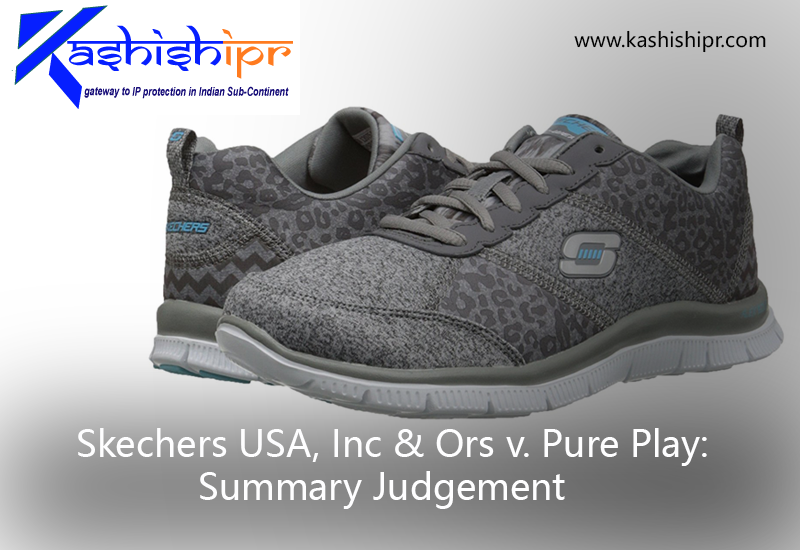 A massive fine of Rs. 87 lacs was imposed by the Delhi High Court on Pure Play in the Skechers USA, Inc and Ors v. Pure Play IP case of infringing the Intellectual Property Rights of Skechers by manufacturing and selling rip-offs of a Skechers’ GoWalk3 series shoes. On May 2016, Skechers filed a suit against Pure Play for which it was allowed interim injunction. The Joint Registrar Raj Kumar Tripathi decided the fine, according to Chapter 23 of the Delhi High Court Rules, 2018. Summary judgement was passed by the High Court after the order in 2015, even when either of the plaintiffs filed no application for such a judgment.

Skechers filed a suit against Pure Play in the Delhi High Court, claiming that Pure Play’s shoe range was imitating the distinctive elements of their GoWalk3 series brand footwear. They also hold that Pure Play was trying to dupe and confuse the clients and the members of the trade with regard to the footwear’s origin and tried to fabricate a false alliance with the Skechers to promote their product under the brand of Skechers.

Skechers not only claimed their exclusive trademark ownership, but also prove GoWalk 3 series shoe range’s distinct elements which also incorporate their trade dress and designs. They manifest many evidences to the court to prove the similarity and conscious efforts made by Pure Play to imitate their product. On the other hand, Pure Play tried to substantiate the contrast in the marks and  logos of both the product, to justify their stand that both the products are not identical or similar, and should not be deemed as one. The accused also assert that clients are more inclined towards high-ranged products by considering the price factor. They also claimed that the plaintiffs haven’t registered their designs and trade dress.

The Delhi High Court passed the summary judgment in favor of the Skechers by permitting the interim injunction. The court also shows its concern upon the unconsciousness of the customers while buying any product. The court agreed that the GoWalk 3 series has a trade dress and distinctive elements, which were taken as a source of identifying. An injunction was permitted by the judge to avoid any kind of prejudice to the Skechers’ GoWalk series products.

This is one of the rarest examples of Intellectual Property Right case, wherein the court passed the summary judgment. As per the Rule 3, any grieved party can appeal for the summary judgment at any time, by sending the summons to the defendant. According to Order 13A, a court can pass the summary judgement to avoid lengthy court trials in the following situations:

It was the first case pertaining to the summary judgement’s proceeding, trademark rights violation and goodwill dilutions. The court said that “From the provisions laid out in Order XIIIA, it is evident that the proceedings before the court are adversarial in nature and not inquisitorial. It follows, therefore, that summary judgment under Order XIIIA cannot be rendered in the absence of an adversary and merely upon the inquisition by the Court. The Court is never an adversary in a dispute between parties”. The court also emphasized how the summary judgement proceeding cannot be passed in the absence of a trademark application under CPC, Rule 4  of Order 13 and the importance of the counter-response by the defendant. The court also stated that “a court may feel that the case of a Plaintiff is weak, but that is no ground whatsoever for throwing out the suit log, stock and barrel without giving the Plaintiff an opportunity of proving and establishing its case”.

The summary judgement passed under Order 13A in Skechers USA, Inc & Ors v. Pure Play IP case significant for two reasons, first, the accused weren’t given the opportunity to prove their point, and secondly, either of the plaintiffs did not file an application to the court. For more visit: https://www.kashishipr.com/