USPTO Rules In Favor of Disney over Trademark Dispute 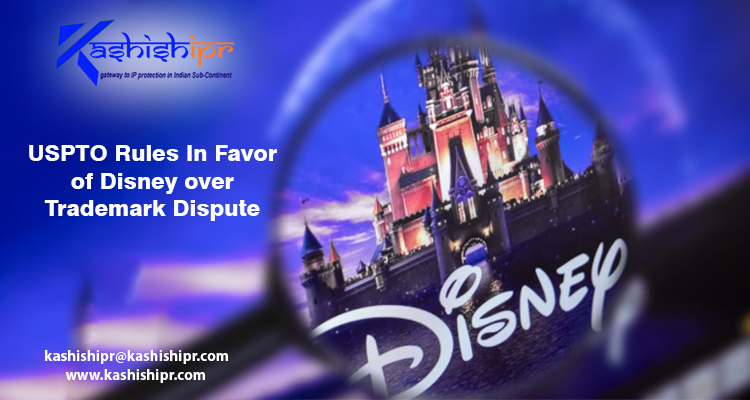 The United States Patent and Trademark Office (USPTO) has recently dismissed three Trademark Applications filed in association with the Tron blockchain project. The decision has been made after the American media giant – Disney submitted the notices of opposition and claimed that the acceptance of these applications would result in brand confusion.

Raybo Technology, a Chinese partner of the Tron Foundation, applied for the trademarks – TRON, TRON NETWORK, and TRONIX in February 2018. Disney tried pushing back the Chinese partner with formal filings in August, but Raybo Technology failed to respond, and thus, the USPTO ruled in favor of the American media giant.

Disney claimed that the trademarks would infringe upon the long history of the giant’s use and licensing of the film series with the same name. Actually, Disney had created an entire franchise around its 1982’s film TRON, including an animated TV series, a sequel film, music recordings, video games, and a line of merchandise.

Disney, in its notices of opposition, explained that the Tron Foundation has decided to present its brand name in all capital letters, and it is quite similar to Disney’s TRON trademark. The notices also said that this move uncovers bad faith on the part of the Tron Foundation and is likely to create confusion, which would possibly shake Disney’s long-standing customer base. Since the Foundation hasn’t responded to Disney’s notices of opposition in the following nine months, the patent office rejected its Trademark Registration Applications by default – as a consequence, according to November filings.

Jake Chervinsky, General Counsel for Compound, announced that Tron had neither taken the Trademark Registration Process seriously nor retained US counsel to represent them even when the USPTO has expressly required them to do so. Moreover, they failed to respond to the USPTO default notice. It means that they gave up their trademark attempt completely.

Justin Sun, CEO and Founder of the Tron Foundation, declared that TRON is a globally established brand and applications in connection with it were filed for products that didn’t violate Disney’s trademark. He then announced that the foundation would continue pursuing its trademark in the US.

Some reports showed that Raybo Technology now possesses nine trademarks in China, including “Tron,” “TRX,” and “Tronix,” for further approval.

At last, Chervinsky affirmed that there is nothing wrong with planning to file the trademark application even when faced with vigorous defenses like in the case of Disney, but the precise way to deal with such situations is to withdraw the request, not ignore the USPTO. For more visit: https://www.kashishipr.com/