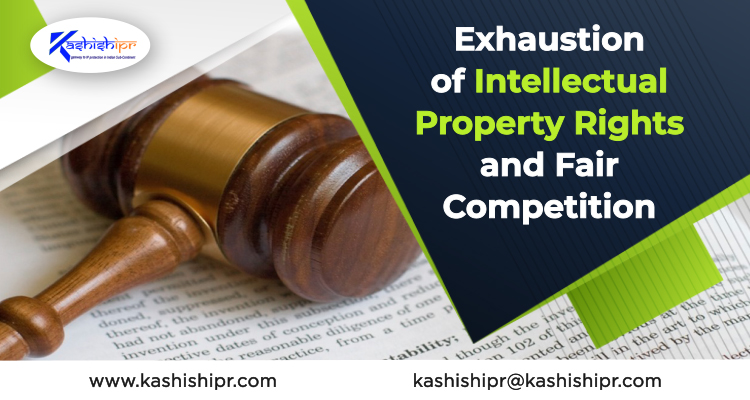 Where did Exhaustion of Rights Come from?

The idea of enforcing a uniform regime with minimum standards of Intellectual Property Rights (IPRs) was to ensure that such rights do not act as a hurdle in the furtherance of international trade. It is for this reason that when the World Trade Organization (WTO) was formed and the Trade-Related Intellectual Property Rights (TRIPS) Agreement came into force, all the signatory countries were to adhere to the Preamble of the TRIPS Agreement, which states that it is an attempt to decrease distortions and impediments in international trade that shall be achieved by promoting effective and adequate protection of IPRs. To achieve the said objective, it also enumerates that States shall ensure that enforcement of IPRs does not itself become a barrier to international trade. Therefore, the relation between IPRs and competition is very direct and evident.

What is Exhaustion of Intellectual Property?

As the word ‘exhaustion’ makes it clear, it stands for worn-out completely or on the verge of depletion. The same stands true when the term is applied in terms of a doctrine of exhaustion in IPRs. To be specific, it means that the rights in a given Intellectual Property (IP) have worn-out as a result of the legitimate transfer of the title in the tangible article that incorporates or bears the IP asset in question. For instance, there is a publication of a hundred books that have copyrighted content within them and a trademark symbol of the publisher affixed upon each of the said published books. As per the doctrine, if out of these books, one book is legitimately sold to a person, then in that book, the rights are exhausted once the transaction is over.

Exhaustion takes place when the proprietor of an IP asset himself or any other person authorized on his behalf sells the said product. Then, upon the very first authorized sale, the power to control the resale or the distribution of the sold piece gets exhausted. It is also known as the first sale doctrine since the first sale exhausts the rights over the said object incorporating the IPR.

Rationale behind the Doctrine of Exhaustion 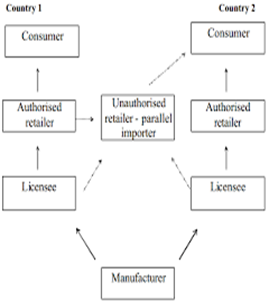 The theory behind the doctrine of exhaustion is that it enables the proprietor of  IP to receive an equitable, fair reward for surrendering his or her right to withhold a product from the market but permits free disposition and movement of the said asset thereafter. Therefore, it prevents disrupting the balance between fair trade practices as well as the enjoyment of exclusive rights over the IP asset. If exhaustion were not applicable under the IPR regime, it would have enabled the rights holders to exploit their monopoly, contrary to the interest of competitors as it deters in extracting the benefits out of competitive practices as well as the consumers to have access to goods. In such an event, the sale of the asset would never mature into an absolute sale, and transfer of ownership would remain conditional.

Which of the Above Mentioned are Favourable to Fair Trade Practices?

The principle of national exhaustion works best in the interest of the proprietor. The benefits accruing from this principle applied nationally are as follows:

However, to be trade-friendly, the theory of comparative advantage has to be fully exploited, which stands against the principles of national exhaustion. Therefore, international exhaustion of rights is the most favorable for all kinds of competitors in the market while also delivering the choice of products to consumers.

In addition to the measures mentioned above, many states utilize contractual obligations through mutual agreements to help proprietors of IP avoid being governed under international exhaustion and, consequently, parallel imports. ✅ For more visit: https://www.kashishipr.com/