Is there a Nexus between Unfair Trade Practices and Trademark Law? 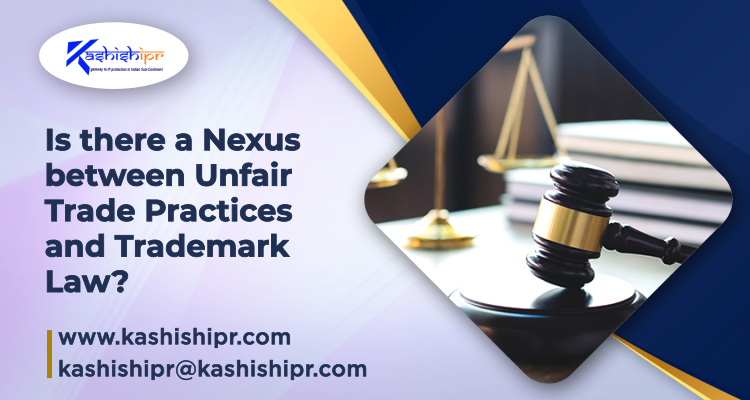 Before getting into a comprehensive analysis of how unfair competition is intertwined with trademarks, the question that needs to be asked is, what is unfair trade practice? Unfair trade practices refer to the use of various deceptive, fraudulent, or unethical methods to get business. Unfair trade practices include misrepresentation, false advertising of a good or service, tied selling, false free prize or gift offers, deceptive pricing, and noncompliance with manufacturing standards. Such acts are considered unlawful and statutory remedies are provided to consumers as recourse. An unfair trade practice is sometimes referred to as ‘deceptive trade practices’ or ‘unfair business practices.’

Unfair trade practices are commonly seen in the purchase of goods and services by consumers, tenancy, insurance claims and settlements, debt collection, etc. Most countries’ unfair trade practices statutes were originally enacted between the 1960s and 1970s. Since then, many nations have implemented these laws to prevent unfair trade practices. They can arise in any line of trade and often appear in relation to the more conventional Intellectual Property (IP) claims of the patent, trademark, and Copyright Infringement.

Specific kinds of unfair trade practices prohibited in national law depend on the domestic law of a particular nation. The World Bank (WB) and the Organization for Economic Cooperation and Development (OECD) Model Law, for instance, lists the following trade practices to be unfair:

Unfair trade practices not only harm the consumers but also adversely affect other market players in the process, especially the smaller enterprises, and more importantly, they may cause damage to the market as a whole as well. For this reason, there has been a large amount of doubt across countries regarding how to deal with them, both in theory and practice. In some jurisdictions, unfair trade practices fall within the ambit of the competition statutes, in some others, that of consumer protection, and in some other cases, they are dealt with under separate legislation.

Article 10bis of the Paris Convention prohibits the following components of unfair competition:

The Trademark Law is possibly the oldest of the IP laws, which is exclusively based upon a merchant’s right to identify his or her goods and services with a unique name, logo, or symbol that tells consumers about the source of the goods or services. The primary goal of the trademark law is to protect the consumers against confusion as to the source of goods or services to protect a company’s investment in trademarks that have earned goodwill and to prevent others from using or creating deceptively similar marks or names for goods or services that compete directly with the company. Economic competition is based on the principle that consumers can differentiate between products offered in the market. Competition is made difficult when competing goods/services become indistinguishable or interchangeable. A huge component of a business’ identity is the goodwill it has established among consumers, while a component of a product’s identity is the status it has earned for quality and value. As a result, companies spend enormous sums of resources to make their products/services unique and distinguishable and build goodwill. Trademarks consist of words, symbols, emblems, and other devices that are affixed to goods to signify their authenticity to the public. When competitors share deceptively similar trade names, trademarks, service marks, or trade dress, a cause of action for infringement may exist. The law of unfair trade practice prohibits competitors from confusing consumers through the use of identifying trade devices that are indistinguishable or difficult to distinguish. Actual confusion need not be proved to establish an infringement claim, as long as there is a likelihood that consumers will be confused by similar identifying trade devices.

In the United States, trademark law grants owners of trademarks without registration the right to bring actions for infringement of unregistered marks in federal court. It does this through Section 43(a) of the Lanham Act, which expressly forbids the ‘false designation of origin.’ Additionally, Section 43(a) draws the line in the sand of unfair competition by outlawing false descriptions used in advertising or promotions that misrepresent the nature of the goods of the owner or even of a competitor.

The UK adopts a sector-specific approach to legislating trading. The Consumer Protection from Unfair Trading Regulations 2008 (CPRs), implemented as a result of the Unfair Commercial Practice Directive (Directive 2005/25/EC), came into force in 2008. The regulations include a general prohibition of unfair commercial practices. Regulations 5 and 6 specifically prohibit misleading actions and misleading omissions. These can be where a product is marketed in a way that creates confusion with a product, trademark, trade name, or other distinguishing marks of a competitor.

China’s ‘Law Against Unfair Competition of the People’s Republic of China’ lays down that where an operator passes off the registered trademark of another person, uses the business name or personal name of another person without authorization, forges or falsely uses symbols of certification and symbols of certification and symbols of famous and high-quality goods, falsifies the origin of the goods and makes false representations, which are misleading as to the quality of the goods – he shall be punished under the provisions of the Trademark Law and the Product Quality Law of the People’s Republic of China.

In India, protection that has been provided in the Trademarks Act, 1999, is not only for registered trademarks, but it also applies to well-known unregistered marks. The same gives the proprietor a statutory alternative to the common law action of passing off. The provision in Section 11(2) is to be construed in the larger context of the law of unfair trade practice, i.e., the unauthorized use of a trademark for a competitive product not only constitutes undue exploitation of the trademark owner’s goodwill but also deceives the public as to the commercial origin of the product (and hence its characteristics).

A simple definition of unfair advertising is false advertising that misrepresents a product, service, or price. A broader description of the term will include unfair sales strategies, such as ‘bait and switch,’ a practice of advertising one item at a low price with the intent of actually selling other items. Unfair advertisements can be categorized as those with incorrect pricing, fake endorsements, false statements, or exaggerated performance descriptions. Deceptive guarantees are also considered a form of unfair advertising.

In the United States, misleading advertising has been condemned by the Federal Trade Commission (FTC) since 1915. According to Section 32 of the Lanham Act, a party will be liable for infringement of a federally registered trademark if that party uses “in commerce any reproduction, counterfeit, copy, or colorable imitation of a registered mark in connection with the sale, offering for sale, distribution, or advertising of any goods or services on or in connection with which such use is likely to cause confusion, or to cause mistake, or to deceive.”

In the case of Hanover Star Milling, United States Supreme Court suggested that historically in the United States, trademark protection has existed as a significant feature of a bigger realm of law, namely, unfair competition law. It is unfair to pass your goods as those of another producer by using a trademark confusingly similar to that of the other producer. The principle is a part of common law and recognizes fair and healthy competition among producers.

In the European Union, the European Commission (EC) first proposed a directive dealing with misleading and unfair advertising in 1975. This proposal was developed by examining the individual laws of European countries, which were founded in the laws of unfair competition, but also by examining US law. After much controversy, the EC adopted a directive on misleading advertising. In the European Union, a Community trademark registration is considered to be a single registration that confers protection in the entire territory of the EU. Interestingly, Europe has a more developed sense of unfair advertising than has the United States, particularly regarding television advertising

In the UK, Section 10(3) of the Trade Marks Act 1994 states that to constitute infringement under this section, it is not necessary to prove the likelihood of confusion even where there is no similarity between the goods in question. In BMW vs. Deenik, a garage owner advertised the fact that he has expertise in repairing and servicing BMW cars by using the phrases ‘BMW Specialist’ and ‘Specialized in BMW and Repairs and Maintenance of BMWs.’ BMW objected to the use of its registered trademark in this way and issued proceedings, which was ultimately referred to the European Court of Justice. The Court held that the use of BMW’s registered trademark in these circumstances was justified on the basis that otherwise, the garage owner would not be able to promote its service and further, that it fell within the scope of the Directive in that the defendant was referring to genuine BMW cars, which had been put on the market with BMW’s consent. Article 7 states that the proprietor of the trademark cannot prohibit the use of his or her goods in the market in the community under that trademark with his or her consent, subject to the condition that the goods are changed or impaired after they have been put on the market or any other legitimate cause.

Thus, upon comparing the position in various jurisdictions, it can be found that Trademark Infringement or misleading information in respect of another trademark during advertising is considered an unfair trade practice. One may only compare his products with another in a healthy manner.

In the trademark law, unfair trade practices are commonly found when one imitates or counterfeits the name, size, color scheme, pattern, or other distinctive particularities of another’s good or service, or when one imitates the shape, color, label, packaging, or general appearance of another product’s package to mislead the general public or deceive an innocent purchaser. In unfair trade practice, trademark law’s overall purpose is to prevent one person from passing off his goods or business as the goods or business of another. It is predominantly applied to the practice of attempting to substitute one’s goods or services in the market for those of another with the intent of deceiving the public.