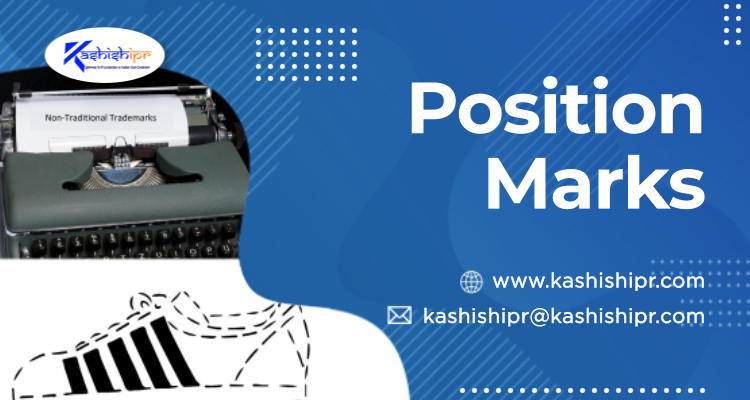 Some marks that label a product become distinctive just because of how they are positioned in a product. Today, we as consumers can easily identify the products of popular brands due to the positioning of some specific elements on the products, for instance, the three stripes of Adidas, Louboutin’s red sole shoes, or the red label on the back pocket of Levi’s jeans. Originating from German doctrine, one of the unconventional or non-traditional trademarks, ‘Position Marks,’ is a clear, precise, intelligible, and objective kind of mark placed or affixed at a specific area on a product in an appropriate and proportionate shape and size, capable of showing graphical representation.

What is a Position Mark?

A simple illustration of a specific color, a combination of colors, or a particular shape on a product can amount to a position mark. A registered position trademark protects a feature as applied to a given product in a specific and distinctive position. Like any other type of mark, even a position mark needs to have a distinctive character. The sign should be such that a potential buyer has an option to separate the sign from the ordinary appearance of the product in a way that such sign withdraws a particular product from the other standards or customs.

Some examples of position marks are illustrated below: 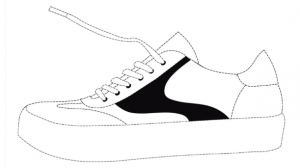 For elements of decoration of shoes 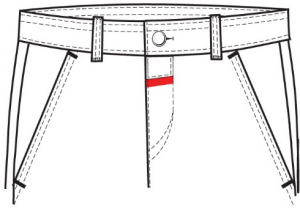 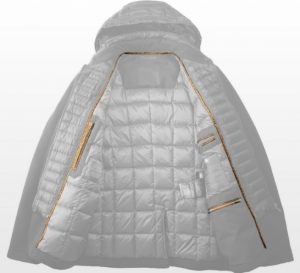 For decoration of clothes

For decoration of eyeglass frames

Why is a Position Mark Useful?

A position trademark ensures the protection of the mark on a particular object, which cannot be registered as a separate mark. Such mark is of an appropriate size or proportion positioned on the specific area of the product, for example, in the middle of the product or represented as a silhouette.

Requirements for Registration of a Position Trademark

Therefore, the distinctive feature of such a mark is precisely the specific position of the object. Although the positional mark is similar to the three-dimensional mark, it cannot be used as the mark when it doesn’t refer to an appearance of a specific product.

When assessing whether a positional mark may be registered as a trademark, the following aspects must be taken into account:

After analyzing the protection of marks of this kind, the Working Group of the World Intellectual Property Organization (WIPO) indicated that an individual image of a mark must be in its presentation. The object for which the protection is not sought has to be shown by a dashed or dotted line. If a graphical representation is not clear enough, the registration authority may require a written statement, which would clarify the position of the mark in respect to the product.

WIPO regards a position mark as a constant element of an identical size placed on the product in a fixed position. Specifically, the composition of this mark and its position comprise a distinctive feature of a positional trademark even though the position itself cannot be registered as a trademark.

Courts and Intellectual Property (IP) offices have gradually started recognizing position marks as important sources of brand identification. The question of registrability has been debated in several decisions, most notably in the European Union.

In 2011, the Office of Harmonization for the Internal Market (OHIM) decided to refuse the application of the Austrian shoe manufacturer, Think Schuhwerk that asked for the registration of a positional mark to protect laced-up shoes with red-tip shoelaces. In its decision, the OHIM stated that the red-tip shoelaces are not regarded as sufficiently distinctive to help consumers identify those shoes like the ones produced by Think Schuhwerk.

Another case is that of Levi Strauss and Co. and its legal dispute with Colloseum Holding. Levi’s red tab jeans are easily distinguishable by a small red label that is attached to the right pocket of the jeans. Levi holds several trademarks, not only for the red label in a certain position on the jeans’ pockets but also, among others, for a composite mark of the red label together with the writing Levi’s. The Swiss company, Colosseum, started selling jeans with a similar red label but with its brand name attached to it. When accused of breaching Levi’s Trademark Rights, Colosseum argued that the label featured its brand name and thereby was sufficiently distinctive from Levi’s trademark. Furthermore, the company brought forward that Levi’s, so far, never made use of the red label on its own. Colosseum believed that this, in turn, would violate the European Union’s genuine use requirements for brands, and Levi’s should lose its trademark rights on the red tab on its own. However, the European Court of Justice responded that the red label constitutes an integral part of Levi’s brand, even though it is not used separately. It was recognized as a position mark.

Position marks face many hurdles to registration, a common issue being their perception by consumers as pure decoration or functional elements, indistinguishable from the associated product. Proprietors are more likely to be successful in registering position marks where they are clearly and precisely described and are limited in their application and/or where evidence of use is available. With the gradual recognition of more non-traditional trademarks by IP offices of various countries, it is not long before position marks will begin to grow quickly as positional elements are present in all of our consumer products today. ✅ For more visit: https://www.kashishipr.com/