Tech-Transfer of IPRs in the Domain of Climate Change 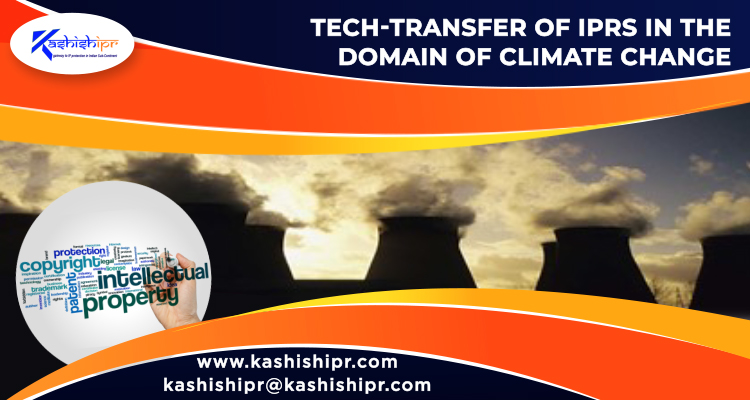 Technological exploration has cost heavily on civilization, and to its rescue, green-technology used in tandem with international cooperation is the only answer. The United Nations Framework Convention on Climate Change (UNFCCC) is an example of collaborative initiatives to curb climate change. There are environmental-friendly technical solutions available in some countries, majorly the first-world countries, but as we know, climate change is not a country-specific issue. Extension of support at all levels beyond traditional borders is a must, and it is here where technology transfer plays a massive role.

To begin with, technology transfer (TT) is the process wherein a particular technology is transferred from the proprietor of 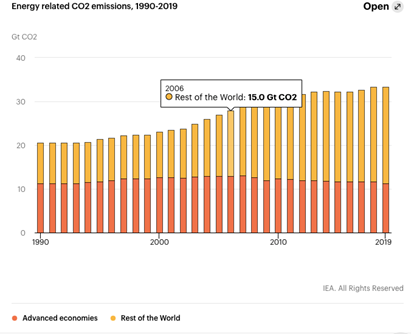 the invention to another person/organization/entity. This effort of sharing may include the technology itself, the know-how, skill, knowledge, or any other facility to promote better exploitation of it, which means it is not a mere transfer of hardware or Intellectual Property (IP) assets, but also the craft analogous to such hardware, i.e., the know-how and show-how. The same can be horizontal or vertical.

How does the Tech-Transfer of IP Assets Take Place?

They may differ for a different organization but to lay a simple step-by-step mechanism of technology transfer, the following can be followed-up with:-

Such transfer of technology exceeding borders can be availed through channels of international trade to ensure the diffusion of user-friendly technology to the environment. IP, namely, patents, can be effectively absorbed depending on the pricing structure and nature of policies containing the terms of operation. Imitation and reverse-engineering can be difficult as well as time-consuming. Therefore, the tech-transfer of such IP assets is a viable option to avoid such practices. 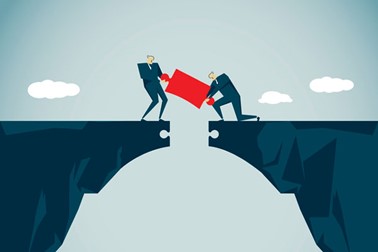 on the nature of the IP regime followed in the participating states to a transaction. The higher the degree of protection of the IP is offered in a receiving party, the greater are its consequences. Such a state’s IP-policy can be a hindrance in both, transfer of technology and capacity building. Therefore, it is generally argued that IPRs reduce the flow of patented technology from developed to developing counties. However, it may not always be so. Strong IPRs might mean an increased market power and market flow.

However, there is a north (developed countries); and south (developing countries) divide when it comes to the absorption of transferred IP through TT. Hence, what TT of a certain IP asset may mean something for the north, may not be for the south.

IPR protection in the south may facilitate tech-transfer through two different channels: Informal and formal. Informal channels include imitation and reverse engineering, which is also prevalent in Japan, South Korea, and Taiwan. If strong IP laws are guaranteed, it may affect this channel. Therefore, the impact of IP on tech-transfer will depend on country-specific factors like technical endowments across different sectors of trade. IP plays a crucial role, and so does the policy because the transfer can be made, but its adoption and implementation will depend on the nature of IP.

The most fundamental is the UNFCCC (United Nations Framework Convention on Climate Change). In its article 4.5 and 4.7, a clear statement of transfer of technology can be observed. Article 4.5 states that developed countries shall take the initiatives to ‘promote/facilitate/finance’ the transfer/access of Environmentally Sound Technologies (ESTs) and know-how. Article 66.2 of the TRIPS Agreement also provides for the obligation imposed on developed economies to take measures to promote and encourage TT to Least Developed Countries (LDCs).

Out of one such COP in 2010 emerged two important international bodies:

To prevent climate change and foster innovation, all require a strong economic footing and recourses as well. Developing countries often lack sophisticated patented technologies to tackle these issues and are, therefore, observed to be dependent on primitive or obsolete technologies, which may cost heavily on the environment. An enabled TT mechanism to facilitate the better reach of such environment-friendly technology is crucial for a holistic climate action plan. China is observed to have benefited from such technical support from first-world nations like Germany, Denmark, and the United States. Such TT also helps in capacity-building, which is the reason why China is doing so well in the solar manufacturing industry.

Tech-Transfer can be of great benefit to developing nations through embracing the following three stages:-

Another merit can be realized in the form of ‘karma’ – if you eat, you shall pay the bill. The contribution of developed countries in emissions cannot be denied since the time of the industrial revolution. The developing countries’ liability cannot be based on the same footing, and, therefore, developed countries shall now meet their commitments by directing their recourses in the form of innovation and information to developing countries. It is called the principle of CBDR (common but differentiated responsibility), which can be a win-win game for all.

It has also been observed that while firms share their IP assets, the transfer of technology could lead to spillover benefits due to technology leaking. Where this may be seen as beneficial, it can also hamper the IP-atmosphere by discouraging innovation. The same can be due to a lack of incentive and the easy availability of technology through TT. It also leads to the draining of a country’s financial recourses, which in the long run, may not be a good thing.

The transfer of technology includes the involvement of several stakeholders and also a smooth transition at all levels. Ensuring undisrupted transfer can be quite a herculean task, and many barriers may prevent the same. Let us identify a few of these issues:

Concluding Remarks and Suggestions for Enhancement of TT

The many ways in which tech-transfer can take place to prevent the barriers created by monopoly rights through granting patents and other rights surrounding IP are as follows: