The Concept of Family of Trademarks 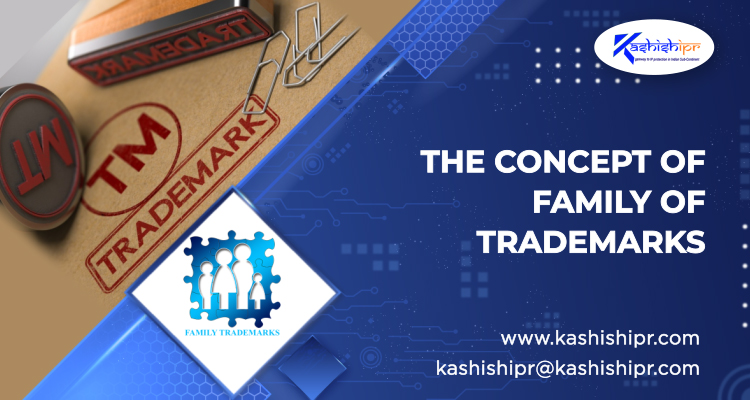 What is Meant by a Family of Trademarks?

Trademarks are distinctive marks, symbols, or labels used to differentiate goods belonging to one entity from that of another to avoid deception concerning the origin of those goods or services. These intangible assets are often used in collaboration with other marks by the formation of a trademark portfolio, which consists of marks sharing a few characteristics and belonging to one entity. In the Bainbridge judgment (2006), the court, in reference to a family of marks, said that “they reproduce in full the same distinctive element with the addition of an element, graphic, or word, which differentiates them from each other or when characterized by the repetition of a single prefix or suffix taken from an original mark.”

The doctrine of the family of marks is simply a common law extension of the Trademark Law that not only prohibits registration of similar marks, which is likely to create confusion, but also those marks that are similar to a pre-existing group of marks from which the proprietor of the group derives market utility since the market recognizes the collective uniqueness of the entire group.

Characteristics of a Family of Trademarks

Therefore, the adoption of a series of marks to commercially market goods and services would not suffice the creation of a family of marks. The purchasing audience must recognize the shared characteristics indicating a common origin. The same is majorly influenced by the mode of use, nature of advertising, and inherent nature contributing to the inherent distinctiveness of the mark owing to its common characteristics.

The issue of the distinctiveness of a family of trademarks was brought forth in the case of Pure & Simple Concepts, Inc. v. I H W Management Limited DBA The Finchley Group. Here the applicant was seeking to register ‘Blue Industry,’ which was opposed by the opposition on account of it causing a likelihood of confusion with a family of its ‘Industry’ marks used for the same nature of goods as the applicant, i.e., clothing. The Trademark Trial and Appeal Board decided against the opposer since the use of ‘Industry’ did not reflect a secondary meaning. It was submitted that 74 third-party registrations were existent, and the consumers did not associate with the brand as a household name. Therefore, all the previously mentioned characteristics should be satisfied to acclaim a series of marks being formative of the family of trademarks.

Popular Examples of Family of Trademarks 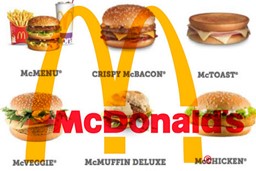 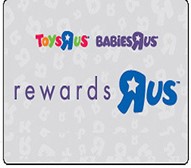 However, creating a trademark family requires greater deliberation and decision-making since it is imperative to depict a secondary meaning of the said marks. A group of loosely associated marks cannot be said to be contributing to a family of marks. Consider, for example, the instance of Little Caesars’ Pizza, which was denied registration of its mark ‘Deep! Deep! Dish Pizza.’ Little Caesar argued that the mark signifies a family of double-worded trademarks, just like its famous ‘Pizza! Pizza!’ trademark. However, the same was rejected by the US Patent and Trademark Office (USPTO) on the ground that ‘Deep! Deep! Dish Pizza’ is not a distinctive mark; instead, it is a descriptive mark that lacks a common characteristic shared with the existent ‘Pizza! Pizza!’ mark. In the given case, the previously mentioned mark could have been registered if it would have gained secondary meaning by acquiring distinctiveness amongst the masses; however, it still wouldn’t have qualified as a constitutive element of the family of trademarks since it had no connecting feature to the main brand.

Benefit of Establishing a Family of Trademarks

The logic behind streamlining efforts and investing capital in the creation of a family of marks is that it helps strengthen the original brand name, as is said, “The more, the merrier.” With every other launch of the Apple product using the prefix ‘i,’ the core value of Apple increases significantly. It not only helps establish the brand value but also alerts potential infringers against trespassing of such rights since these products gain such renowned status that cannot be ignored. Furthermore, more marks mean better recognition and increased distinctiveness. 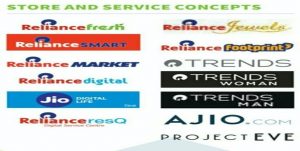 Therefore, every new introduction to the trademark family would not face major difficulty in establishing market presence due to inter-relation created by common characteristics of the marks. It helps in the proliferation of the identity of the brand in general and aids in further expansion of business endeavors. An example of this is the use of Reliance by the Ambani group, which has delved into different sectors extending into footwear by using Reliance Footprints, a clothing line by using Reliance Trends, jewelry by deploying Reliance Jewels, etc. The business sectors may be different, but they are all united by a common logo utilizing the ‘R’ alphabet and a shadow of the flame.

Using Family of Trademarks from a Strategic Point-of-View

The family of trademarks was used as an argument to successfully defend the ‘Mc’ mark in favor of McDonald’s in the case of McDonald’s Corp. v. McBagels Inc. In this case, the court prevented McBagels Inc. from using the word ‘McBagels’ in connection with their bakery and restaurant even though ‘Mc’ is a common surname. McDonald’s prevailed against McBagels since its items such as ‘Egg McMuffin,’ ‘McChicken,’ ‘Big Mac,’ and ‘Mac Fries’ gathered secondary meaning due to international advertising.

Element of Risk while Using the Doctrine

A major risk of confusion may arise upon the proprietor of the family of trademarks where a mark may be used by a third party to associate with the family in bad faith. In such an instance, there is a possibility of the consumer to believe that the mark being used in bad faith has originated or forms a part of the said family. It may introduce a detriment to all the marks being deployed as a part of the trademark family and tarnish their respective image while the third party freely rides upon the reputation created by the bonafide proprietor.

The same was visible in the EU Court case T-518/13, which acknowledged that the trademark MacCoffee did not belong to the proprietor of McDonald’s; however, it drew a close association with the ‘Mc’ family of marks. It was established that since the two prefixes ‘Mc’ and ‘Mac’ were phonetically and visually very similar to one another and dealt with food-related products, it was difficult to differentiate between the two categories of marks. Therefore, it is crucial to remain aware of such notorious brands willing to associate with the family of trademarks.

Although the birth of this doctrine was incidental, it has viably grown and provided greater protection within the sphere of Intellectual Property (IP) laws. It has been often contended that this doctrine has benefitted the already established and dominating actors in the market like Apple and McDonald’s, while smaller enterprises have not gained much from it as they are usually thrown off from directly competing against the prior mentioned actors. Keeping such debate aside, the spirit of this doctrine can be deployed to promote a company by strategically deploying marks in consonance with the company’s development goals and marketing ambitions to secure better outcomes. ✅ For more visit: https://www.kashishipr.com/