How Was 2019 a Good Year for Intellectual Property in India? 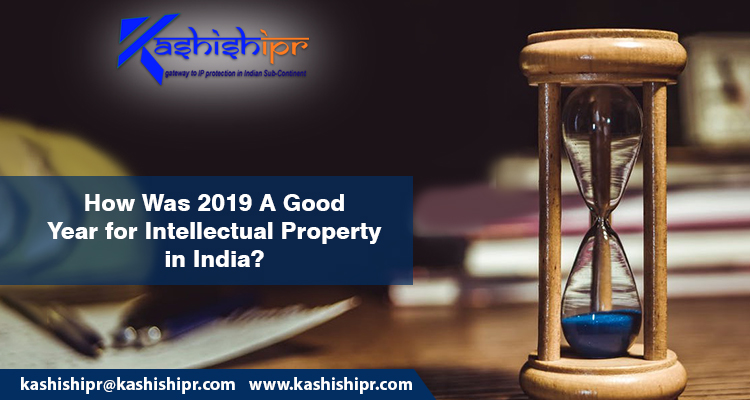 With the advent of 2020, you might be looking for novel and stronger strategies that can help you grow your business in the present cut-throat competitive era. However, to build a new strategy in such an era where competitors and competition keep on increasing day-by-day, it is always better to step ahead after being aware of past statistics. Data related to previous years or months often prove helpful in strengthening one’s strategy.

In this post, we’ll provide you with a recap of Intellectual Property in India statistics from 2019. Besides, you will come across a comparison of these numbers with the past two years – 2017 and 2018. Note that the data provided herein is calculated for the respective calendar year, i.e., January to December. Therefore, it is likely to be different from the one in the annual reports of the Indian Patent Office, which considers the financial year of March to April.

In regards to patent, 2019 had been a beneficial year for India from the perspective of hike in the numbers of not just the Patent Application filed but also the successful Patent Registration. For instance, with a total of 83,226 patent applications, 2019 had surpassed the year 2018 that was limited to a total of 81,406 Patent Applications in India. If we talk about the total number of grants, 2019 shot up by a large amount of 68% in comparison to 2018. Besides, the number of pending patent applications had reduced to a large extent in 2019.

Another form of IP that turned the past year into a good phase for India is ‘trademark.’ With around 3,36,000 Trademark Applications submitted to the trademark registry, 2019 marked an increase of near about 8% in comparison to the total number of applications filed in 2018. However, the number of Trademark Registrations in India seems to have dipped last year by nearly 13% from 2018. The total trademark registrations were around 3.5 lakh in 2018, whereas 3 lakh in 2019.

2019 appears to had been a remarkable year even for the Industrial Designs in India. As compared to 8,037 Industrial Design Registrations in 2018, a total of 14,529 designs got registered in 2019, signifying a mammoth upsurge of about 81% in both filings as well as registrations. If we look at the data from the past decade, the number of Industrial Design Applications and registrations has slowly but certainly grown year-by-year. Nonetheless, 2019 has surpassed all the previous years by the registration of 14,500 designs. As the awareness of industrial designs in India holds center stage, it is expected that the above-stated number will rise similarly in 2020.

From the data of the past three years, we can conclude that both Copyright Applications and registrations in India have been on the rise. While around 18,026 applications were filed in 2018, the number in 2019 increased to a figure of 21,179. Out of the largest chunk of applications filed to obtain Copyright Registration in India, 11,898 applications were for literary/ dramatic works, whereas about 5,781 were in respect of artistic works.

From the above-given information, it is clear enough that the intellectual property (IP) in India appeared to had enjoyed 2019 as a fairly good year, saving some tragic losses like that of IP luminary. Nevertheless, for many, the year appeared to be tumultuous both legally and politically, while for others, it was a phase of radical but welcome changes. For more visit: https://www.kashishipr.com/